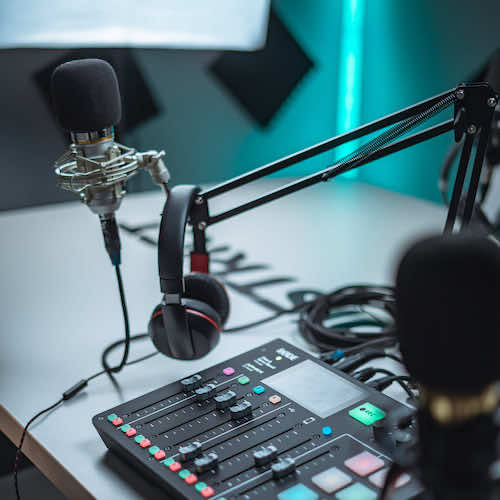 Listen to this podcast.

Jenn has an interesting announcement about the upcoming podcast interviews around studying and living abroad with some of the top-selling book authors on that matter. William Deresiewisz, Jeffrey Selingo, and Tim Leffel are unquestionably inspiring guests and Jenn is more than excited to talk to them! For now, you can check out their books, which you can find in the episode links below!

Today’s episode is a bit different as Jenn provides first-hand information on how pursuing the options in Europe can look from start to finish, in a deeper way; a case study. There is nobody Jenn knows better in the world than her daughter Ellie. Hence, we will find out how she chose her areas of study, how she decided on a school, all about the requirements for admission, and a surprising request Ellie has made which may change everything!

Full transcription of the podcast.

Intro: You're listening to the Beyond the States podcast with Jenn Viemont. Did you know that you can go to Europe and get your entire degree taught in English for less than one year of tuition at many American schools? Jenn will take you on a deep dive into the many benefits and options around English-taught higher education in Europe, helping to make the possibility less foreign.

Jenn Viemont: Thanks for joining me today. I want to tell you a little bit about some of the interviews we have coming up. Some really interesting ones that I've been rereading books, preparing for the interviews and really enjoying it. We have William Dershowitz next month. He wrote excellent sheep. We have Jeffrey Selingo coming up in the spring, who wrote “Who Gets In and Why,” which is a really disturbing look at the admissions process in the US. We have Tim Leffel from guitar to us. He wrote “A Better Life for Half the Price,” which was really like my guide book for a long time when we were looking at moving abroad. So some really exciting guests. I'm excited to talk to them, I'm excited for you to hear them.

I'll keep you posted on what's going on in our world. Hopefully, I'm going to have some understanding of what at least going to do next sooner rather than later. On November special of the month, it's a $100 discount on our annual and lifetime memberships. These are options to consider when there's a student looking to start for the 2023 school year later or when there are students of different ages or when you want to learn about both masters and bachelors memberships. The annual membership is 12 months of membership for the cost of 10. Further you get a $100 credit that can be used on beyond the state services or classes, as well as three email exchanges with me to answer any questions that come up along the way. The lifetime membership provides access to both bachelor's and master's degree databases and resources and you get $200 up on the state's credit and 12 email exchanges with me. The full price for both of these memberships offer tremendous savings and through the end of the month you can save an additional $100 with the coupon code November special.

5 Reasons Why You Should Study in Europe

If packing up your whole life and moving sounds more exciting than terrifying, then you'll love what colleges in Europe have to offer you. These are 5 reasons why going to college in Europe will be the best decision you'll ever make:

1. Tuition is much more affordable than the US.

2. There are thousands of English-taught degrees.

Choice is another key issue. When cost is a chief consideration, you may be limited to only in-state schools, where tuition is lower. What if your in-state schools aren’t a good option for your chosen field of study? In Europe there are thousands of programs to choose from across 212 areas of study, and they are all taught 100% in English, so there's no need to worry about learning a new language.

The college admissions process in the US has become a race to the bottom as students compete with their peers for a single spot in a liberal arts college, convinced by parents and guidance counselors that their survival rests on playing a musical instrument or varsity sport.Many smart kids don’t do well on standardized tests. This doesn’t limit them as much when looking outside of the US, as many colleges in Europe do not require standardized tests. Many countries see entry into universities as a right, rather than a privilege, so admission standards are not as stringent.

How to Get Into the World's Top Universities

How to Find Degrees in Europe That Are Taught in English

You will be able to find programs and courses that suit your interests and needs, taught in English by experienced professors in state-of-the-art facilities. Purchase a membership and search our database of English-taught European bachelor's and master's programs to get started on your journey to Europe today.

Get a Free Insider's Guide

We created free guides that give you the skinny on 5 bachelor’s or 10 master's degree programs in Europe that are taught in English, uber affordable, easy to get into, are great for opportunities, and give you life-changing experiences. To explore more countries, cities, and all of the universities, get access to the full database and search through over 11,200 programs taught entirely in English. You're bound to find your ideal program.

Explore Services
Get the Insider's Guide