9 Reasons to Go to College in France

Did you know you don’t have to speak French to go to college in France? There are 71 colleges in France that offer a total of 295 bachelor’s and master’s degree programs – entirely taught entirely in English.
Jennifer Viemont on Oct 21, 2022 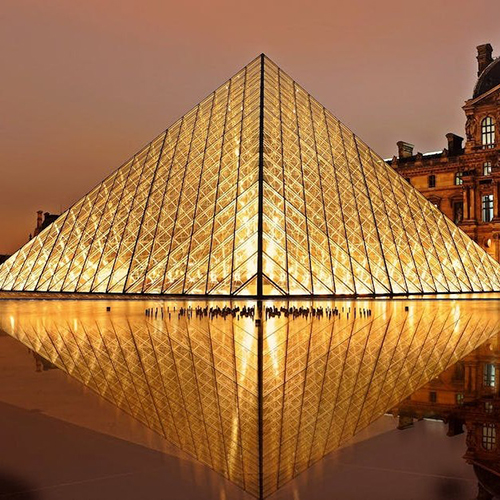 Did you know you don’t have to speak French to go to college in France? There are 71 colleges in France that offer a total of 295 bachelor’s and master’s degree programs – entirely taught entirely in English. Though France does not offer the most inexpensive tuition in Europe, there are still 109 programs that cost under $12k per year!

Beyond the States helps students learn about the affordable English-taught bachelor’s and master’s degree programs in Europe. Whether you’re still in high school contemplating your freshman year, an older person returning to college or if you’re considering getting a master’s degree, here are nine reasons why you should consider going to college in France:

1. College in France is Much More Affordable than in the US

In continental Europe, the average cost of all the English-taught bachelor’s programs is just $7,291 per year.

Even when you factor in the cost of travel, going to college in France is at a minimum comparable to an affordable American college program—and often cheaper.

2. Thousands of English-Taught Programs to Choose From

Choice is another key issue. If cost is a consideration, you may be limited to in-state schools. What if your in-state schools aren’t a good option? In France, there are almost 300 programs to choose from. These programs are all taught 100% in English.​

Many American students don’t speak a foreign language proficiently enough to study at a college that teaches in that language, but that doesn’t matter. Even in non-anglophone countries in Europe, there are full-degree college programs taught in English. These countries are very welcoming to international students, especially Americans, who want to study there.

3. Gain a Competitive Edge in the Job Market

In a study published in the Harvard Business Review, people with experience living abroad were better employees, because they are likely to create new businesses and products and to be promoted. According to The Erasmus Impact Study, internationally mobile students are half as likely to experience long-term unemployment compared with those who have not studied or trained abroad and five years after graduation their unemployment rate is 23 percent lower.

4. Avoid the US Admissions Rat Race.

The college admissions process in the US has become a race to the bottom as students compete with their peers for a single spot in a liberal arts college, convinced by parents and guidance counselors that their survival rests on playing a musical instrument or varsity sport.

Many smart kids don’t do well on standardized tests. This doesn’t limit them as much when looking outside of the US, as many colleges in Europe do not require standardized tests. Many countries see entry into universities as a right, rather than a privilege, so admission standards are not as stringent.​

5. You May be Eligible for Financial Aid

American students may be able to receive US federal loans to study at an international college. The Department of Education has a list of international schools participating in its student loan program. Some European universities also provide grants and/or scholarships for foreign students.

6. You Can Earn Your Degree Faster

According to a study published by Complete College America, over 80 percent of students at US public universities do not to complete all the necessary courses to graduate in four years. According to the same report, every additional year averages $22,826 in tuition costs and expenses. In contrast, many bachelor’s degree programs in Europe are completed between three or three-and-a-half-years, because there are fewer general education classes required. Many master’s degree programs are just one year.​

7. Be an Active Participant in the Learning Process.

At college in Europe, the educational experience is rich and students are expected to engage and even encouraged to debate and disagree with the professor. The goal is to help solve problems and enhance critical thinking skills as opposed to regurgitating the material. Further, many universities use modules or block scheduling, so the number of courses you are taking is limited in number with more intensive study over a shorter period of time, focusing entirely on one class before moving to the next.

While a foreign language isn’t necessary to start or even complete college in Europe, students have a wonderful opportunity to really learn a language while they’re there, one which they are immersed in. Many colleges in Europe offer free language courses for international students where you can practice through daily interactions in town with native speakers and with other students. True fluency is gained outside the classroom.