What It's Like to Not Worry About College Admissions

We had already dealt with having his counselor automatically saying “No” to anything outside of the box and then having to go up the chain of command to get accurate answers.
Jennifer Viemont on Oct 21, 2022 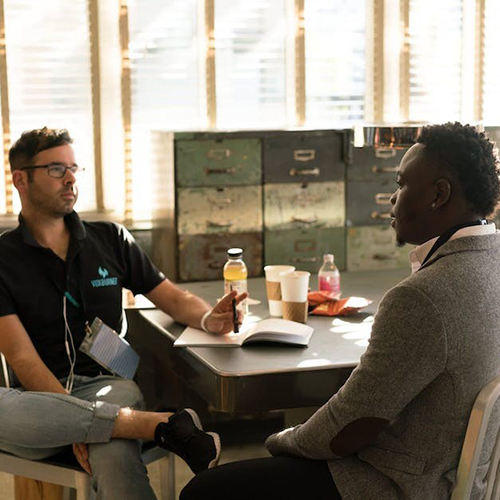 As I’ve mentioned before, I founded Beyond the States after exploring the possibilities for my own kids. This was three years ago and they will now be entering 9th and 12th grade this fall. High school has been an incredibly different experience than it would have been, if we didn’t know about college in Europe. If you are new to our the journey, be sure to check out the blogs on the admissions process because Europe’s transparent admission criteria make as much of an impact as the savings in tuition!

My son, Sam, had a few concrete opportunities to opt out of the US admissions rat race and we were quick to grab them! When registering for his senior year classes, Sam elected to take two non-credit opportunities. One is a study hall, which helps him stay on top of his work since he has an after school job. His job as a cashier at a grocery store has been of tremendous value and taught him lessons and skills he would not gain at school. He also arranged to be a teaching assistant (TA) for one of his teachers. Though not a credit opportunity, this entails new types of responsibilities and learning. After submitting his registration, his counselor emailed him and told him that he needed to choose one or the other and sign up for another credit class. She said that if she didn’t hear from him in a week, she would choose a class for him. Seriously?

I’m a big fan of having Sam handle this type of thing on his own. We had already dealt with having his counselor automatically saying “No” to anything outside of the box and then having to go up the chain of command to get accurate answers. For that reason, I shot her an email inquiring about this policy. As it turns out, it wasn’t necessarily a true policy and all I needed to do was fill out a form to have this approved. His counselor cautioned me about taking this path. She said “Sam will likely have to explain to colleges why he is only taking 4 credit classes when his peers are taking between 5 and 7. It will be a disadvantage to him when it comes to admissions and based on his GPA, I am assuming he will be applying to more competitive colleges that will be looking critically at what students have done in high school.” I can’t tell you how much pleasure it gave me to explain Sam’s college situation and ask her to send the form!

SAT/ACTs are another way we benefited this year. The university Sam is applying to does not require a certain score for these tests. Most schools in Europe don’t require the test at all but again, in order to help Sam keep his options open, he did take them. The overall communication from Sam’s high school is not the best in the world. I had emailed them to find out if/when they were offering the ACT. Since nobody got back to me, I signed him up to take it on a Saturday at a nearby high school. Shortly after he took the test, his school sent an email saying that they were administering the test and that it was mandatory for all juniors. I let his counselor know that Sam wouldn’t be taking the test, since he already had and we were fine with his scores. I was told that taking it at the school was mandatory and that “taking the test again could benefit him as most students scores increase the second time they take a test simply because they are more comfortable and know what to expect.” Sigh. Guess what it took? I just had to push back enough to find out that I could opt out if I completed another form.

So in addition to being able to opt out of these problematic mindsets and systems, Sam has had time to gain skills and cultivate interests outside of school. He is currently spending a month in Rabat, Morocco through a program with CIEE, an opportunity we were able to afford since we don’t have the financial worries that accompany college in the US!