An Important Announcement by Jenn Viemont

We have some exciting news to share with new and prospective members. Watch the video to hear the details!
Jennifer Viemont on Oct 21, 2022 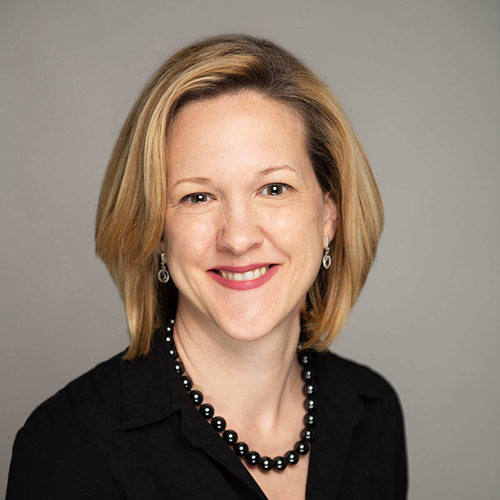 I'm here with some exciting news, watch the video and read along to hear the details:

Hi, I'm Jenn Viemont, founder Beyond the States and I have some exciting news to share with you today. So before I get to that, a little bit of Beyond the States history, some of you have been around here since the early days. Laura, Christina, Steve, Tim, Kristen, Jennifer, Sarah, just to name a few off the top of my head, since we're on in 2016. And all of these members could attest to the fact that the platform at that point was really rinky dink. I mean, I had this information that I wanted to get out there about college in Europe. But I didn't have the technology skills or the business background to really know how to get it out there.

So it was clear pretty quickly that that American families wanted this information. So I spent some time while I was still gathering information about college and Europe, to also learn about different systems and different platforms. And in 2018, I revamped everything. And it was at this time that the word about college in Europe started to get out more, the word about Beyond the States got out more and it continued to grow each year, even during COVID into this great community of family and students that we have now, I'm really excited about where Beyond the States is now, you know, families, even if they're not pursuing it for their own kids or for themselves, they know that college in Europe is a viable option.

Now, we don't have to justify ourselves as much about our kids pursuing these options, because more people know about it. And it's also really cool to see members graduating now and seeing what they're doing next with their lives. And with these opportunities that they have, believe it or not, even Sam is graduating soon, he'll be graduating in December of this year, which is crazy to me. But anyway, even though a lot of people know about it. Now, there hasn't even scratched the surface, there are so many students and families who could benefit from this information, who just have no idea or who have misconceptions about it. And I was and I continue to be really passionate about getting the word out to more and more families. But I'm also really aware of like my own limitations. At this point, I was working seven days a week, because I was providing the services for Beyond the States and the content matter and, and managing the Beyond the States team and running the business and overseeing the technology, it was a lot. And I knew that I couldn't with my own background and skills and, and financial resources and time, I knew that those didn't align with with taking Beyond the States to the next step.

So it was about this time of spring of this year, that I decided to look at selling Beyond the States to somebody who could take it to this next step. So I was working with a business broker, because I had no idea you know how to do this on my own. And much to her chagrin, she's awesome. But you know, she would get frustrated with me because I was super picky about who I would talk to who I would continue to engage with after the initial talk. Because it needed to be the right person. And there were some who I thought they could probably do about as good as me. But that wasn't enough. And there was one person who I thought could take it to the next step. And we were engaged with him discussing an offer when Miguel came along. And I have to tell you that it was my first conversation with Miguel where I knew this needs to be the owner Beyond the States, he was excited about it. His background and skills were really what Beyond the States needed to get the word out to more families, I was excited about it, he was excited about it. And we closed quickly, in order to make sure that he would be the owner of Beyond the States.

So this was just two months ago, guys, this was mid August. And one thing I've been involved in the transition since then, and one thing I've been really impressed with is that instead of you know initially going to the marketing or the things like that what he did was he focused from day one, on improving the product, you know, improving the member experience with the product and develop this beautiful database. And were there glitches initially, uh, some, not as many as I would expect, but he handled those very quickly, didn't affect member experience that much because he handled them so quickly. And he was taking members suggestions and suggestions from me about ways to improve the search and would implement those changes as quickly as you know, technology allows, and he would take member suggestions about other things as well as many of you know, almost immediately he he asked me to stay on to do bachelor best fit lists and motivation letter reviews which I agreed to and just really love doing. I've enjoyed continuing to work on those. But most of you know all this. What I'm here to tell you about today is a development beyond that...

So as Miguel and I have continued to talk about the needs of members. We have agreed that I'm going to stay on as a partner and I'm going to provide Member Services as a chief college advisor. And you know what this is really the part of the work that I love, you know, back to the early days for a minute. Those people whose names I said a couple of minutes ago, I could tell you where all of their kids are now to this day. But as I became busier and busier with Beyond the States, I didn't get to know as many of you and I'm really excited to get to know more of you and to work with you on Best Fit List and motivation, letter reviews and consultations.

Oh yeah, by the way, I'm doing consultations again as well. And also other services that we develop along the way to, to help families with these options. So that's all I have for now. I really look forward to continuing to work with you on navigating these really exciting options in Europe!

You heard right, I'm back as chief college advisor. I'll be working closely with Miguel, Kristin, and the rest of the team to build and deliver your Best Fit Lists, Motivation Letter Reviews, and now consultations! It's true, you can now book a time to talk to me.

Head over to your dashboard or sign up for a membership to get started. We're running a promotion at $49/mo for new members, a full 35% from our original membership price.

We have exciting new products coming up, all designed to help you navigate the often confusing landscape of heading to college in Europe.