Colleges in Europe: Why It's a Great Idea

Regardless of who is in the Oval Office, studying in Europe is still an idea worth exploring. We truly hope to see changes around the cost of American higher education. However, even if we have a president who is proposing real reforms, the process does not move quickly.
Jennifer Viemont on Oct 21, 2022 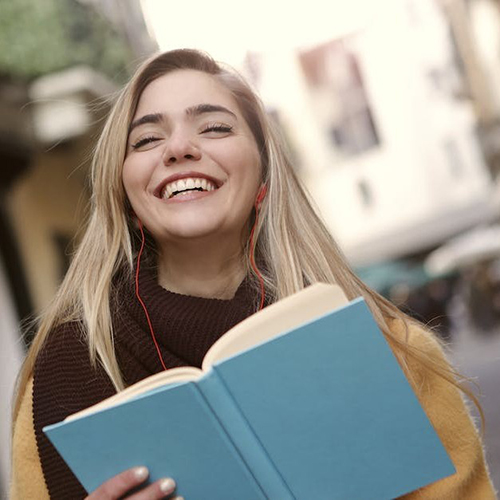 When we post this blog, we don’t expect to know the winner of the US presidential election. It’s a time of uncertainty around so many issues in the world. Regardless of who is in the Oval Office in January, though, studying in Europe is still an idea worth exploring.

We truly hope to see changes around the cost of American higher education. However, even if we have a president who is proposing real reforms, the process does not move quickly. Changes will take some time to be approved and then implemented, if it even gets that far. Until then college will remain incredibly expensive. Students and families will still be drowning in debt. And, of course, the rigged and convoluted rat race of the admissions process still must be solved.

The proposed changes as we have read about are adding free tuition at four year state universities for families with incomes under $125,000. This would potentially be an incredible opportunity for so many families and students!

There is another group of students, though, who do have enough saved for in-state tuition but seek a wider number of choices. These students currently have access to an affordable higher education within their state, but they want more choices than they are allowed under the current system of in-state tuition. Perhaps they want a fresh start in a new place, don’t want to be in a dorm with their high school classmates, or want to experience living further from home.

Are colleges in Europe cheaper?

These students may not be able to afford out of state tuition at $24k per year on average or private school tuition at $32k, but the options in Europe with an average tuition of just $7,390 with many just 3 years in duration provide them with an international experience for in-state prices!

We’ve had many new members join recently who are interested in leaving due to the divisive political climate in the US. No matter who wins the election, I’m afraid that the fractured atmosphere will prevail for quite some time. That said, the families and students we work with aren’t turning their back on the US, rather they are moving towards something far more aligned with their own values. We’ve worked with students who want to study sustainability in places that are already leaps and bounds ahead of the US. We have others who are interested in studying things like Political Science, International Relations, or Peace &Conflict Studies in a more international atmosphere. These students will hopefully become change makers in our future.

Is it easy to get into colleges in Europe?

The benefits of studying in Europe are substantial, regardless of the political climate in the US. Since we started Beyond the States in 2015, we’ve talked about the more affordable tuition, the shorter time to get a degree, and the transparent admissions processes, as those are the most obvious benefits. Another benefit to note is the growth that occurs due to international experiences.

In the US, many of us live in areas where we are surrounded by people who are very much like us in background, values, and/or beliefs. Particularly on social media, we see a lot of our own opinions reflected by others and we often “unfriend” or at least “mute” those who offer conflicting views.

Can American students go to college in Europe?

When American students go to universities in Europe, they are exposed to people of all different backgrounds and viewpoints. The English taught programs exist to draw students from all around the world, so the diversity within the classroom is tremendous. Exposure to a more diverse world view allows students to come back to the US with fresh perspective and allows them to advocate for change where it is needed. Their experience as global citizens will help inform a new dialog going forward.

Exposure isn’t just about being in a different place, it’s also about trying and accepting new things. Living abroad forces a student to navigate unfamiliar circumstances and to adapt to new environment outside of his or her comfort zone. This is something we are experiencing firsthand ourselves with our recent move to Portugal. It’s not always easy, but the growth that occurs as a result is well worth it!

Higher education in Europe is not for everyone, but we don’t believe the current US college system is for everyone, either. We truly believe that studying in Europe remains an option worth exploring for many, regardless of which political party is in charge.