Is College in Europe Safe?

I often get questions from parents about whether it is safe to send their kids to college in Europe. Granted, this question usually comes from parents who probably won’t send their kids overseas anyway, but safety is certainly something that is on most of our minds these days.
Jennifer Viemont on Oct 21, 2022 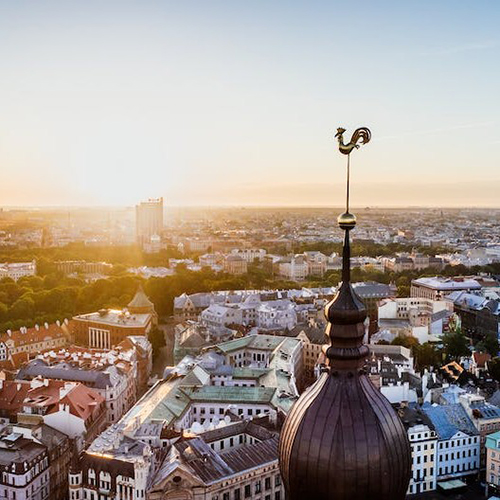 I often get questions from parents about whether it is safe to send their kids to college in Europe. Granted, this question usually comes from parents who probably won’t send their kids overseas anyway, but safety is certainly something that is on most of our minds these days. My answer is always that I believe college students are just as safe in Europe as they are in the US, if not more so.

Let's look at US college campuses.

First, let’s first look at what is happening on US college campuses today. The National Institute on Alcohol Abuse and Alcoholism reports that every year about 1,825 people die from unintentional alcohol-related injuries and also every year 97,000 students report they experienced alcohol-related sexual assault or date rape. Binge drinking simply isn’t the problem in Europe that it is in the US.

Then, we have mass shootings occurring in places like Orlando, Charleston, and San Bernardino. Like the fire drills or civil defense drills many of us grew up with, today’s kids participate in lock down drills at school, practicing what to do if there were an “active shooter” on school grounds. Unfortunately, these drills seem necessary due to the incidence of shootings at schools across the country from elementary to college level in places like Sandy Hook, Columbine, and Virginia Tech.

None of this is to say that I feel unsafe in the US, nor am I suggesting that you aren’t safe. I would absolutely still go to any of the cities I named above. I don’t worry while my kids are in school each day. While I am saddened and horrified when shootings and murders go on around the country, I don’t personally feel unsafe while they are going on. Yet, I received worried phone calls when I was in Germany due to the bombings in Brussels. Of course, many of the calls originated from my mother and I had to explain to her that, just looking at the odds, I was safer in Germany than she is in Chicago. To put it in perspective, Germany has about 50 firearm deaths per year, while Chicago saw 66 gun killings in May 2016 alone, according to the LA Times.

So let’s compare. I think the abundance of violent crimes in our US cities and schools may lead some to generalize that cities and universities in unfamiliar places are just as bad, if not worse. In fact, the U.S. murder rate is higher than the rate of all the countries we have listed in Europe except for Estonia, Latvia, and Lithuania (from United National Office on Drugs and Crime). Further, the rate of gun deaths is dramatically higher in the U.S. than in European countries and the US is home to nearly a third of the world’s mass shootings

Yes, some European countries have had horrible recent terrorist attacks. The 2015 Paris attacks that killed 130 people is nearly as many who die from gun homicides in all of France in a typical year. Even if France had this kind of mass shooting on a monthly basis, its annual rate of gun homicide deaths would be lower than that in the U.S.

I will also tell you that one of the students we helped, Jared D., was in Brussels visiting a school with his dad on March 22nd, 2016, the day of a significant terrorist attack. Despite that first-hand experience with terrorism, he is still attending KU Leuven this fall, just as many students continued to apply for and attend Boston-area universities after the Boston Marathon bombing in 2013.

The Economist has an annual Safe Cities Index in which 50 major worldwide cities are compared across four categories. Stockholm (#4), Amsterdam (#9), Barcelona (#11), and Frankfurt (#16) all ranked higher in Personal Safety than the highest ranked U.S. city in the study (D.C. #17). Paris (#24) is ranked better in personal safety than Chicago (#25) and New York (#28). The bottom line is that crime exists in cities worldwide up town jungle. If you would be comfortable sending your student off to New York University, the University of Chicago, UC San Francisco or Georgetown, you should feel equally comfortable with your student in most European cities.