Student Life in a Level 3 Country During Covid

As is the case for many US universities, there are European universities that are temporarily closing their academic buildings and moving to online classes.
Jennifer Viemont on Oct 21, 2022 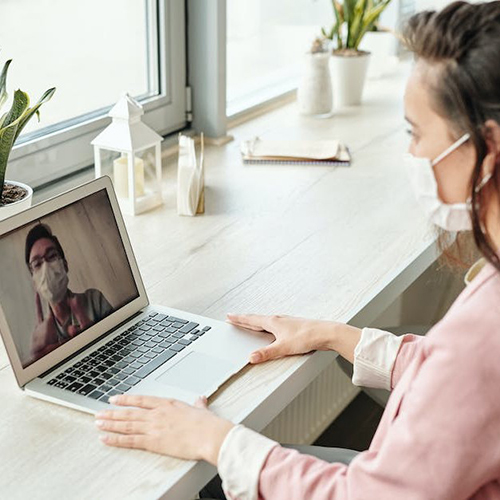 We have a number of emails about college in Europe that are automatically sent after people sign up for our newsletter. I woke up on Thursday to news of the travel ban and also an email from an email recipient who was offended to have received it in light of everything going on.

I had been avoiding writing about the Corona-virus. Your inbox, like mine, is probably full of emails with opinions from different people. I believe that we all have our own circumstances and variables that lead us to respond in various ways. One is not necessarily better than the other so long as we are taking precautions and following recommendations to flatten the curve.

I can, though, take a minute to tell you about what we are experiencing on this side of the pond (or shall I say this side of the Aegean Sea) . We’re still in Athens until the end of the month. when we make our move to Lisbon. Greece and Portugal are now defined as Level 3 countries by the CDC, something I don’t fully understand given that there are fewer cases in each country than in the UK and fewer than some individual US states.

Every day, I walked to the gym past many busy cafes and shops. A few days ago, the government announced measures which included the temporary closure of cinemas, theaters, nightclubs, schools, and gyms. I’m no longer going to the gym but will head out in search of hand weight and a Pilates mat in effort to combat the incredible Greek calories I’m consuming. There’s plenty of toilet paper at the stores, and food is fully stocked as well. I don’t have a baseline for what Athens usually feels like in March, but it seems to me that people are taking precautions, but life is going on without a lot of panic. This is the approach I’m attempting to take, too.

As is the case for many US universities, there are European universities that are temporarily closing their academic buildings and moving to online classes. Some of this is happening on a country level, while others are case by case. Our Facebook member group has been busy with conversation about this. Between this group and other related Facebook groups I’m in, I would say that it’s a pretty equal distribution of families bringing their kids back to the US while classes are online and families who feel like their kids are as safe or safer staying put than coming home. Again, there are so many variables at play that I don’t think there is a one size fits all solution. It’s hard to know what to do whether your kid is in the Czech Republic with their home in the US or if your kid is in Massachusetts, with their home in California.

Sam’s midterms for next week have been cancelled and his classes will be online for at least one week after that. We decided to bring him here to join us in Greece. He’s always wanted to visit the country and since we work from home and Ellie is in online school this year, we practice a good amount of social distancing as it is. I can’t imagine that he will want to stay with us for more than a couple of weeks. HIs life is in the Hague and he was ready to return after about that long when he came home for Christmas. We bought a one way ticket and will play his return by ear, as we get more information.

There are so many things to worry about around this pandemic, the majority of which we have no way of predicting or controlling. It’s hard not to get sucked into a media wormhole. It’s hard not to play out the different horrible scenarios that could occur. For myself, I’ve realized that I have to take active steps to stop myself from both of those things as there is nothing useful that comes from either. I’m trying to stay aware , take precautions, follow recommendations, and plan for the future. I tell myself that just like the H1N1 pandemic, at some point this will be behind us and the health situation in the world will be stabilized. Again, this is my approach and it’s not my place to say that it’s any better than anyone else’s way of handling it.

Though we all have our different ways of coping I do think it’s important that everyone recognizes that this is a worldwide pandemic, not a “foreign virus”. That way of thinking will lead to a fear of the greater world and an emotional separation from those who are different than us which can be a precursor to xenophobia. It’s also important that we still plan for the future, including higher education. This has affected families who planned on visiting schools this spring (be it in the US or abroad), but Ellie and I are still plan to visit universities in the Netherlands and Finland in the fall.

With so many high schools and extracurriculars cancelled, you and your kids probably have some extra time. Why not spend some of it exploring whether college in Europe is something you want to pursue?

I would like to do my part to encourage you to look towards the future (it really can be comforting) with a Best Fit List. The main difference between these two services is that the Fast Track service does not require membership. For both services, I personally choose 3-5 programs that meet your student’s interests, goals, budget and qualifications. The Fast Track service also includes a video with further information about admissions strategies, suggestions for next steps, and other considerations based on the students specific preferences. This time of year, it is particularly useful for sophomores and juniors. Use coupon code “coping” to redeem this 30% discount through March 31st.