I’m now encountering more and more families who are defining affordable as less than out of state or private tuition, or who are exploring the options due to the other benefits (like transparent admissions, international experiences, and future opportunities).
Jennifer Viemont on Oct 21, 2022 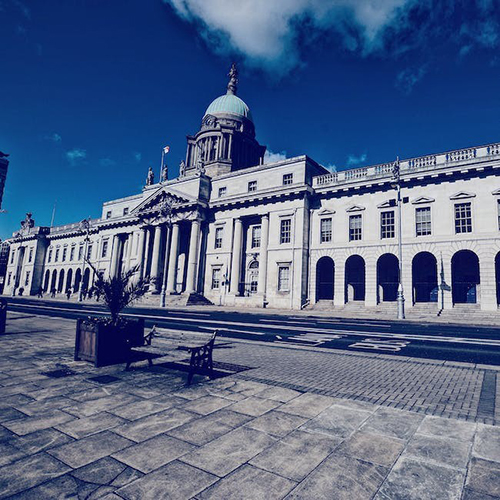 As more and more families and students learn about the options for higher education in Europe, Beyond the States membership continues to grow each year. When our membership was smaller, there were more similarities in terms of what families were looking for in Europe. The affordable tuition was a huge factor, and they were eager to explore the options that would provide international experiences for prices comparable to in-state tuition

I’m now encountering more and more families who are defining affordable as less than out of state or private tuition, or who are exploring the options due to the other benefits (like transparent admissions, international experiences, and future opportunities). We have a question on the Best Fit List™ form that asks about budget. It used to be extremely rare to see an answer of over $10k per year. Up to $15k a year is a more common answer now, with some even at $20k+.

When thinking of the varying definitions around “affordable”, I was reminded of a friend who spent a few years living in rural areas of China due to her husband’s job. Not only did she learn the art of negotiating prices at markets, but she became accustomed to incredibly low prices. I still laugh at the story of her first trip to the grocery store when she returned to Chicago where she tried to haggle over the price of bananas.

Having been immersed in the continental European tuition rates for so long, I can relate to my friend’s mindset shift as it pertained to affordability. What I needed to remember though, is that this is different from the frame of reference that most Americans have. Further, higher tuition rates may still be more reasonable than in the US for students who plan to study outside of their home state.

I am also meeting a number of students who have academic interests that just don’t have a number of English-taught options in continental Europe. Some of these students are interested in things like Creative Writing, Criminology, Theater, Culinary Arts, or Speech Therapy and have trouble finding a program that really suits their interests. It is not that countries in continental Europe do not have these programs, it’s just that they are much more likely to be taught in the language of the country. Others really want flexibility when it comes to declaring a major, but do not meet the AP requirements of the Dutch university college.

I previously wrote a piece explaining why Beyond the States does not include Irish universities. Cost was the main reason.With the changing needs of our members in mind, and a new perspective on affordability, I jumped back into exploring the options in Ireland and am excited to announce that we will be adding Irish higher education to our offerings next month!

Here is a sneak peek at what I have learned thus far in adding Ireland:

es, the tuition is higher than the other countries we list. The average tuition in Ireland is $18380 per year, while the average in continental Europe is around $8000 with the countries with the highest average tuition (Denmark, Sweden, France, and Switzerland) at $13075-13470 per year. Further, tuition rates have a residency requirement so if you live in the US with a EU passport, you will still pay international student rates. However, most of the schools offer international student scholarships and about a third of the schools have FAFSA numbers and work with US student loans. 884 of the 1035 programs take 4 years to complete, 75 take 3 years and 76 have a 3 or 4 year option, with 4 year students doing a year abroad between the third and 4th year.

With the higher tuition rate comes a number of amenities that you won’t find in many other European countries. Many schools own student housing, have beautiful centralized campuses, along with extensive sports facilities.There may also be increased resources around the non-academic needs of the students.I was looking at one school that included a student budgetary advisor as well as peer support leaders assigned to all first-year students. This familiarity, along with fact that it’s an anglophone country, can provide a soft landing for American students who may be nervous about living abroad.

With more than a thousand programs, there are programs in just about any field you can think of! Further, most schools offer programs that are similar to liberal arts. Usually, students choose a certain number of disciplines to take courses around during the first year and then narrow it down to one or two during the second year. Different schools offer different possibilities in terms of courses to choose from and the structure varies slightly between schools as well, with some offering options for a single major, double major, or major and minor.

Like many other European countries, there is a type of university (called technical institutes) that offer full bachelor’s degrees but with more of a practical focus and hands-on approach. These are similar to universities of applied sciences in other countries.

AP scores are not required, but admission for American students is generally based on SAT or ACT scores as well as GPA. Most schools have their programs grouped into categories for admissions, with each category requiring a different minimum GPA and test scores.

We have a team working hard to have everything in the database before the summer session of the On Your Mark class. We will have the bachelor’s programs in the database for all members in June (master’s by the fall) along with a webinar explaining some of the key aspects and differences around Irish higher education. We are also working on a self paced course which should be ready after my school visits in August. Since we already have the information and are just polishing it up for the database, Best Fit list purchases now include the option for Irish schools!