Why UK Schools are NOT a Viable Option for Americans

Our passion at Beyond the States is to provide American families with solutions to the problems we face in the US, be it the cost, expectations for admissions, undergraduate experience, or employment issues after graduation. Here are the reasons UK schools don’t fit with our focus and why we won’t be listing them.
Jennifer Viemont on Oct 21, 2022 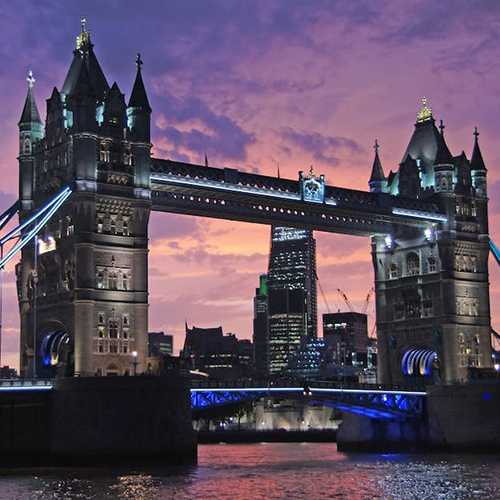 Jennifer Viemont
Founder & Chief College Advisor
Find Your Dream College in Europe
Our database offers students a unique opportunity to find a degree from a top-ranking European university while still being able to study in English. We make it easy to find and apply to these programs, and provide all of the support you need along the way.
Get AccessBook FREE Strategy Call
Share this article

Our original reason for not listing UK schools was our focus on non anglophone countries. In these countries, it is often more difficult to figure out what programs are in English, if any other language skills are required and other such details. Our focus was to make the options in continental Europe easier to find and understand for US students. I had also heard from many administrators that UK students made up a large part of their English conducted program student body, due to problems with the systems in the UK.

We have had a number of families inquire as to whether we would list UK schools in the future. I really thought hard about it and spent some time researching the idea. Though we don’t have an official mission statement, our passion at Beyond the States is to provide American families with solutions to the problems we face in the US, be it the cost, expectations for admissions, undergraduate experience, or employment issues after graduation. Below are the reasons I think that UK schools don’t fit with our focus and why we won’t be listing them.

UK Schools Cost as Much as the US

According to a recent HSBC report, the average tuition in the UK for international students is $19,291. Clearly, this cost is on par with the US. Outside of Switzerland (whose average tuition is artificially high due to the large number of programs conducted by American universities), this is significantly higher than any other country in Europe which charge just $7,245 on average. Further, the UK’s three year residency requirement prevents students who have an EU passport but have spent high school in the US from receiving the lower EU tuition rates.

One of my issues with the US admissions process is that students are set up to never achieve enough. If they have perfect SAT scores, another applicant might as well, so they need to then have more AP classes. Someone else has perfect SATs and higher AP’s, so students seek to impress through an additional area as well. The admissions process has often appropriately been compared to a treadmill or a rat race. UK admissions decisions are made in similar ways through a point system in which things like AP courses receive more points than others-very similar to the flawed process we have in place in the US. I really like the focus many schools in continental Europe have on the “fit” of the student to the program and program to student. The administrators I have spoken with emphasize that applicants should personalize their motivation letter to the school and program they are applying to as opposed to using the same letter for each school. This is not possible (and thus not emphasized) in UK programs. Applicants use a common application and cannot send different essays to the different schools they apply to.

The UK used to have a very generous post study visa residency period for international students. Graduates were allowed up to two years to find a job. They have recently reduced the period to just four months after graduation. If a student hasn’t found a job in the UK after four months, they’re required to leave the country. The EU adopted new regulations that provide graduates with a minimum of nine months post study visa and allow students to work a minimum of 15 hours per week while they are students. Further, the impact of Brexit will take the next two years to unfold, which means that there will be international students in the midst of their study when they find out if/how they will be impacted. I think waiting to see the impact is a better idea.

Language is Less of a Barrier than You Think

Language is often the reason American students first think of the UK when considering studying in Europe, but English is widely spoken in continental Europe. Our database contains the English proficiency of each country, as surveyed by EF Education First. I’ll also note my own experiences with it on my school visits. I was blown away by the amount of English spoken in many of the countries I have visited – not just when people were talking to me but in the conversations I overheard on the trains, in the markets and around the schools. The UK is a fascinating place and I understand the appeal. Many programs we have listed require or allow for a semester abroad. Perhaps that would be a better way to get the gain the benefits of continental Europe’s superior education system while being exposed to life in the UK?