A Guide to Studying Artificial Intelligence in Europe

Did you know that, as an international student, you can get a degree in Artificial Intelligence at a top-ranked European university? Best of all, it's taught entirely in English and costs less than 1 year of tuition at a US college. 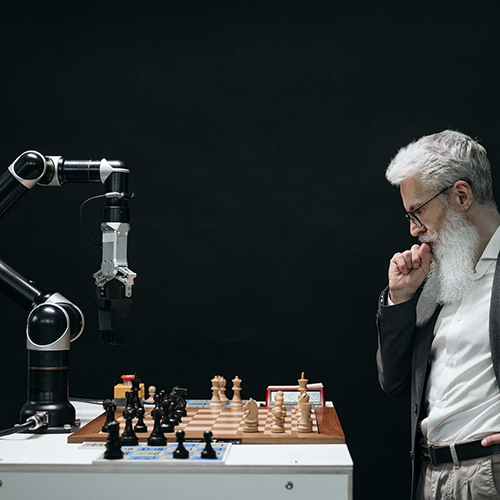 In the future, meaning right now, we were supposed to have flying cars, empty hospitals, and computers that think. At least the latter, sort of, isn't too bad.

Artificial intelligence is widely misunderstood even by some who claim to be active in the field. Essentially, AI is just software that can modify itself, adjusting to new circumstances and changing its behavior. It is not magic but engineering.

Learning enough about it to be able to do useful work usually starts with a bachelor's degree comprising a specialization in AI or Machine Learning. Shorter, intensive courses that run for six months to a year are also available for postgraduates.

Theory and applications, including robotics, smart control systems, and autonomous vehicles, are generally presented side by side. These devices provide test beds for demonstrating algorithms for automatic learning, data analysis, process optimization, and decision-making.

Becoming competent at these tasks requires strong logic, mathematics, and programming skills. Conversely, being able to think creatively and take intuitive leaps is strongly associated with discovering new innovations. As always, good communication skills and some knowledge of the industry as a whole are definitely worth having.

AI engineers may earn a variety of salaries: the top performers skew the mean. The median figure is around $152,500 per year, though some earn more than $250,000 annually.

People with practical abilities in the AI/ML field are generally in high demand. Aside from application-specific tasks like machine vision and natural language processing, numerous organizations like banks and well-known tech giants employ AI experts for special tasks.