A Guide to Studying Energy & Power Engineering in Europe

Did you know that, as an international student, you can get a degree in Energy & Power Engineering at a top-ranked European university? Best of all, it's taught entirely in English and costs less than 1 year of tuition at a US college. 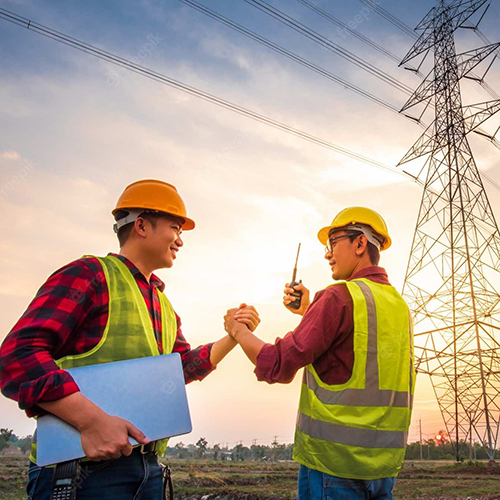 Plenty if not most economic interactions involve the exchange of energy in some form. In fact, a financial system using the calorie, whether in the form of diesel, potatoes, or uranium has been semi-seriously proposed.

These flows of energy, from the point of generation to that of eventual use, are what energy and power engineering are concerned with. Either may be studied as either a bachelor's or master's degree.

Power engineering is typically seen as a subfield of electric engineering and studies the safe, efficient transmission of electrical power, as well as its conversion between different forms.

While an energy engineer can also be expected to know plenty about electrical distribution systems, their field of study is much wider. In general, they look into the affordability, environmental impact, and efficiency of all forms of energy, including renewables.

Both courses fall under a university's engineering faculty and require extensive training in mathematics, physics, chemistry, thermodynamics, and other subjects. A bachelor's degree is normally earned over four years. Typical tasks of either a power or energy engineer can include performing energy surveys on factories to identify possible savings, designing or evaluating energy-efficient machinery, or offering consultancy services to companies and governments on ways to reduce power consumption.

This is an extremely exciting field now that battery technology is beginning to come into its own, investment in renewable generation is at an all-time high ($2.4 trillion per year worldwide), and more efficient heating, cooling, and lighting of buildings are priorities in both America and Europe. Job opportunities are expected to be plentiful in coming years.

50% of American energy engineers earn somewhere between $71,500 and $92,500 per year, with $75,500 being the average. In Europe, where energy is expensive, environmental regulations relatively strict, but average salaries are lower, most earn between €41,000 and €73,000 ($42,000 to $71,000). Energy and power engineering degrees from German, British, and Swiss universities are considered highly competitive.