A Guide to Studying Gender Studies in Europe

Did you know that, as an international student, you can get a degree in Gender Studies at a top-ranked European university? Best of all, it's taught entirely in English and costs less than 1 year of tuition at a US college. 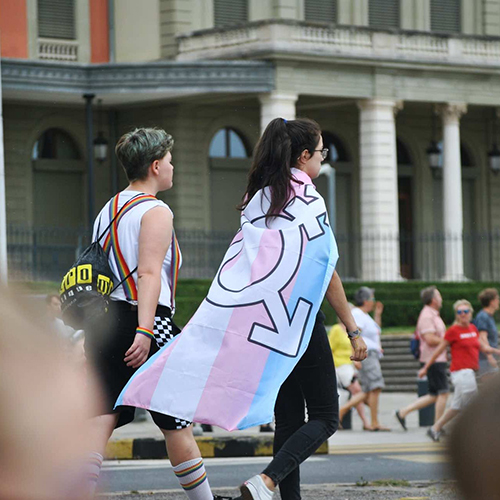 Gender studies encompass history, politics, literature, economics, media, and many other social sciences. Unlike other multi-disciplinary degrees, however, all of these are critically evaluated through the lens of gender and the social hierarchies based thereon.

It is not intrinsically a celebration of femininity, a radical ideology, or propaganda for a certain type of worldview. Instead, it is the scientific study of certain social issues that have often been neglected in the past, based on solid data and concrete reasoning.

One goal of such a program of study is to produce graduates who can rationally navigate gender-related controversies. Some examples of these are equality in remuneration, abortion, and the rights of transgender people. Along the way, students will also learn excellent verbal and written communication skills, critical thinking, how to structure effective arguments, and how to perform social science research.

Gender studies students tend to have a keen interest in how gender roles shape society in general, as well as specific issues relating to gender, like domestic violence. As many of the questions investigated in gender studies are generally considered "natural" or self-evident, they should be able to probe a little more deeply and try to define underlying social assumptions and mechanisms.

Gender studies majors earn a median salary of $55,000. Some are employed by non-govermental organizations that advocate for gender rights, by charities and institutions that directly assist women and other individuals who've been harmed by unfair societal norms, or as consultants by companies who need insight into gender-related questions.

With additional qualifications, gender studies graduates often become social workers, therapists, or lawyers. Others use the skills they learn to pursue careers in politics, marketing, human resources, or any other field where empathy, critical thinking, and an understanding of gender issues are important.