A Guide to Studying Geological and Earth Sciences in Europe

Did you know that, as an international student, you can get a degree in Geological and Earth Sciences at a top-ranked European university? Best of all, it's taught entirely in English and costs less than 1 year of tuition at a US college. 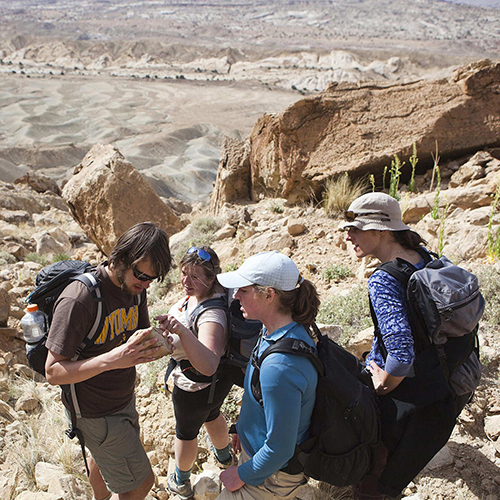 The inside of the earth is a mystery to most of us. While no geologist has discovered dwarves, dragons, and hobbits (so far), they do find treasure on a fairly regular basis: no mine shaft is sunk or oil well drilled without their input.

A degree in geology and earth sciences casts its net even wider, including the atmosphere and biosphere in its field of study. In a practical sense, this extends earth scientists' responsibility to things like mitigating climate change and other negative effects we have on the planet, helping human society adapt to environmental changes, and finding ways to predict disasters like hurricanes and earthquakes.

Geology and earth science courses contain a number of modules in physics, mathematics, biology, chemistry, and related subjects. These typically include a large amount of laboratory and field work. In Europe, the latter often means traveling within the E.U, as those countries don't contain as wide a range of geological environments as found within U.S. borders.

This foundation of knowledge is rounded out with a significant data science component, including programming, advanced statistics, and general computer science. Modern geology is about a lot more than digging a hole in the ground and seeing what the bottom looks like: data from sources like drones, satellites, and GIS (Geographic Information Systems) are often number-crunched through advanced or even custom software to reach conclusions.

Accordingly, geology and earth science students have to be comfortable with technology. Other important characteristics are attention to detail, such as when analyzing samples, an analytical mindset, and being equally comfortable working in an office or out in the boonies.

Geologists earn, on average, $83,500 per annum. Though it is certainly possible to work abroad (and demand for geologists educated in the U.S. or Europe is quite high), you should know that there are only about 25,000 employed full-time in the United States. Pursuing a master's or related degree will significantly increase your chances of finding a job.

Geologists are employed by large mining and oil companies, the government, environmental consultancies, and construction firms among others. It is entirely possible that you'll have to shift your focus at some time during your career, for example from petroleum geology to hydrology.