A Guide to Studying Immunology & Pathology in Europe

Did you know that, as an international student, you can get a degree in Immunology & Pathology at a top-ranked European university? Best of all, it's taught entirely in English and costs less than 1 year of tuition at a US college. 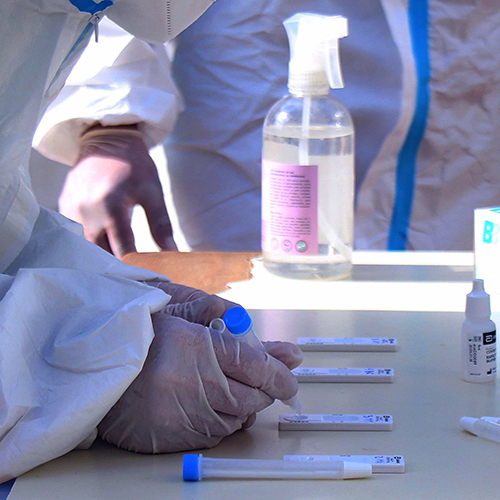 Some doctors specialize in particular parts of the human anatomy, like cardiologists and podiatrists. Others focus on systems distributed throughout the body; immunology and pathology is one such specialization. It can also be studied as a bachelor's degree. This undergraduate course of study can either serve as a pre-med qualification, allow a graduate to enter the world of clinical research, or lead to working directly with patients in a hospital.

Normally, the immune system - a complex, interlocking network of defenses including white blood cells, the lymphatic system, the spleen, and several other organs - protects us against disease. In some cases, though, it starts confusing healthy tissue and cells with foreign invaders and is itself the cause of illness. Some examples of autoimmune diseases include rheumatoid arthritis, multiple sclerosis, and the rejection of organ transplants.

Another major area of study in the world of immunology and pathology is immunodeficiency, which may be genetic in nature or acquired like in the case of HIV/AIDS. The immune system is also partly adaptive, meaning it can learn to recognize previously unknown threats - developing vaccines and making them more effective is yet another important area of immunopathology.

As you may have gathered, immunology and pathology is not an easy degree (not that we're saying any of them are!). Entry requirements are pretty stiff (though you may be accepted by some European universities even if not by American schools, assuming that you can show good reason). You'll be taking a deep dive into microbiology, biology, physiology, biochemistry, and several other subjects. This is hard work, but you will have extensive knowledge of how the human body, and the immune system in particular, operates once you graduate.

Doctors who specialize in immunology and allergies make well over $200,000 per year. Research assistants and laboratory technicians with a bachelor's in immunology and pathology typically earn around $54,000. You can, however, use your degree to pivot into other, more remunerative careers such as medical technologist or research scientist.