A Guide to Studying Marine Transportation in Europe

Did you know that, as an international student, you can get a degree in Marine Transportation at a top-ranked European university? Best of all, it's taught entirely in English and costs less than 1 year of tuition at a US college. 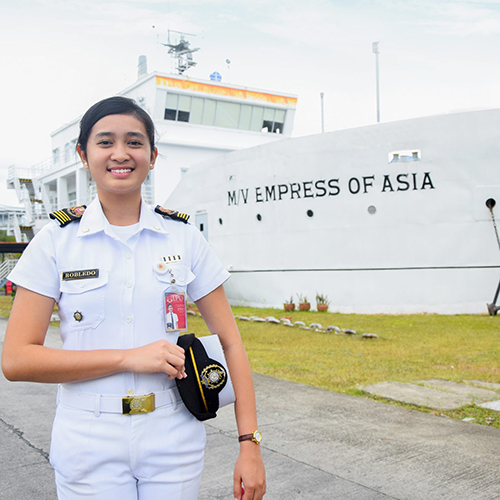 The average merchant marine salary is $59,500 per year. Senior officers can make well over $100,000. This should be seen in light of the fact that they spend a great deal of time away from home (though shipboard accommodations are relatively comfortable).

The work is often physically hard, and you are essentially on duty 24/7 while at sea. Working in marine transportation offers nearly unparalleled opportunities for adventure, though. Shore-based positions, often in logistics or engineering, are also available.

There used to be a time when you didn't need much in the way of qualifications to go to sea. As long as you could see and hear and had the usual number of limbs, you could sign on with a ship - you didn't even have to be well into your teens!

Today, however, ships and their equipment are way too complicated to just "learn the ropes" as you go along. An untrained person aboard a vessel is either a passenger or a liability. How, then, do you get into the field of marine transportation?

Joining the merchant marine (or its foreign equivalents) isn't too complicated. You simply have to pass a basic background check and a (fairly demanding) physical examination. You then serve a 2-year apprenticeship comprising both classroom instruction and practical experience at sea. Once you pass, you've earned the rank of Able Seaman and can specialize in any of various professions (boilermaker, electrician, etc.)

If you want to become an officer, you will generally need a bachelor's degree in marine transportation. In the United States, the leading institution to earn one is the Merchant Marine Academy (King's Point). Graduating from here almost guarantees employment as an officer (including in the Navy or Coast Guard) and automatically confers a merchant marine officer's license. This is an extremely selective and demanding course, though: only 22% of those who apply are even admitted, never mind graduate.

There is also a kind of middle road available to you: getting a bachelor's degree in marine transportation that meets the requirements for a deck officer's license. These are usually offered by dedicated maritime colleges rather than conventional universities. Such courses can also be taken in English in European nations with a strong seafaring tradition, like Britain, Greece, and the Netherlands.

Subjects covered include maritime law, engineering, ship administration, logistics, cargo handling, and damage control. Note that all courses of this type include plenty of practical work at sea, have a physical training component, and often resemble military academies.