A Guide to Studying Mathematics in Europe

Did you know that, as an international student, you can get a degree in Mathematics at a top-ranked European university? Best of all, it's taught entirely in English and costs less than 1 year of tuition at a US college. 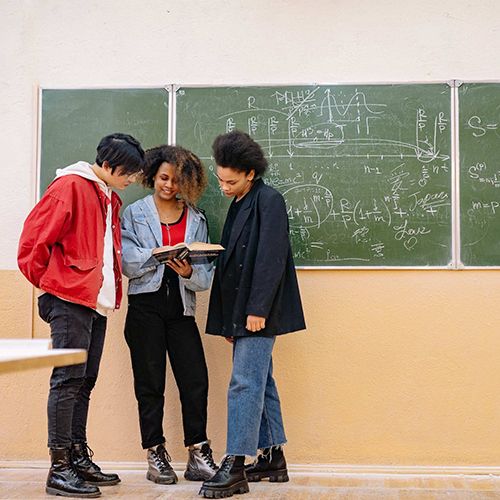 Many mathematics majors go into teaching, either at high school level with a bachelor's (plus an education course) or at a college with further study. Banks, finance firms, and intelligence agencies (who spend a lot of money on breaking their opponents' codes) are also major employers.

Mathematicians are generally prized in many less obvious roles for their highly disciplined reasoning and problem-solving skills. Both the public and private sectors employ large numbers as data analysts, while knowledge of any other line of work leads to almost limitless career options. Math graduates are in very high demand and earn an average salary of $96,500 per year.

In school, we really learn only the absolute basics of mathematics: what we need to get by in daily life and some groundwork that sort of prepares you for college. This leads most people to think of math as the most boring subject imaginable.

In actual fact, 90% of "real" mathematics is about solving puzzles. Usually, these are far more perplexing and interesting than Sudoku.

Algebra and calculus are only the beginning. There are way too many sub-fields of mathematics to mention, never mind describe, here. The subject is usually divided into two major areas: pure (abstract) and applied math.

Applied mathematics, as you'd think, concerns itself with solving tangible problems found in any branch of science, engineering, and administration. Pure mathematicians spend their time trying to discover and figure out abstract problems for their own sake (though their results often turn out to be useful, at least to other mathematicians). Most bachelor's degree courses incorporate elements of both, though some universities allow students to specialize in one or the other.

Mathematics is often taken as a double major with a course such as economics, finance, philosophy, statistics, computer science, or physics. In each case, doing so will inevitably expand your understanding of both subjects.