A Guide to Studying Music/audio/studio production in Europe

Did you know that, as an international student, you can get a degree in Music/audio/studio production at a top-ranked European university? Best of all, it's taught entirely in English and costs less than 1 year of tuition at a US college. 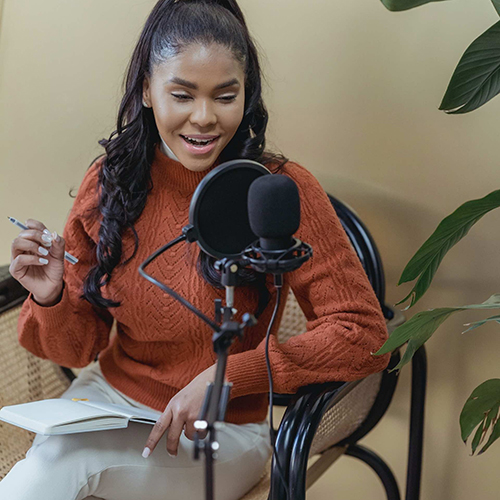 The median yearly salary for a studio audio producer is around $51,000. Averages can be deceiving, though: any given music producer's earnings are affected by the types of projects they take on, whether they work full-time or on an as-needed basis, if they accept payment as a flat fee or in the form of a royalty split, and especially the kind of reputation they have among both artists and business types.

Studio engineers work for film and TV production companies, radio stations, in theaters and other performance spaces, and as freelance audio editors. Some related careers that may also be options for audio production graduates include music marketing, representing artists, and digital publishing.

The best musicians in the world playing the finest instruments basically sound like buskers without the efforts of their producers. Conversely, a mediocre song can easily be made into a hit by good production.

To give an analogy, the performers row the boat, but it's the audio producer who holds the tiller. Musicians provide the melody, but it is the producer who determines the overall texture of the music. When it comes to voiceovers, the audio producer is also the one who creates a credible narration out of what would otherwise just be a guy talking on tape.

The job of a music producer goes beyond editing and mixing audio tracks, though. They are generally the ones in overall charge of a project, meaning that their duties may include auditioning performers, selecting music and effects, and even making vital creative decisions. For this reason, an undergraduate degree in studio production usually contains courses in project management, marketing, and finance in addition to audio engineering, acoustics, theater, and fine arts.

Prospective audio producers have to be tactful communicators with excellent hearing and familiarity with music across several genres. They also need to possess the patience needed to do the same thing over as many times as necessary and be comfortable with technology.