A Guide to Studying Pharmaceutical Studies in Europe

Did you know that, as an international student, you can get a degree in Pharmaceutical Studies at a top-ranked European university? Best of all, it's taught entirely in English and costs less than 1 year of tuition at a US college. 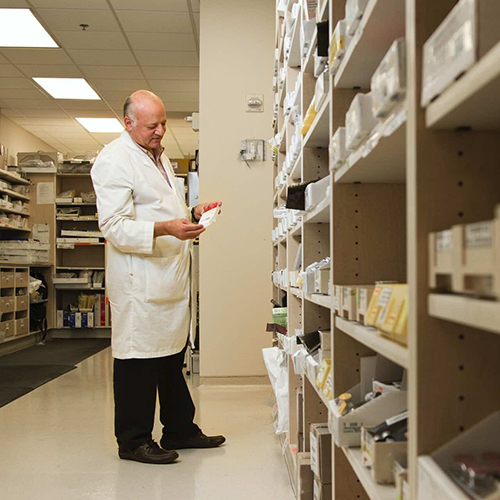 Bachelor's graduates in pharmaceutical studies are suited for roles at every level of the industry: drug development, manufacturing, marketing, distribution, and regulation. Senior, specialized, and research positions, however, will generally require a postgraduate qualification.

With such a wide range of roles available, there's a good chance that you'll find one suited to your personality and skill set. Pharmaceutical studies professionals, including those with master's or Ph. Ds, earn an average of around $83,500 per annum.

Between the years 1840 and 2000, life expectancy in developed countries approximately doubled. There were many contributing factors, but this just happens to be around the time when we stopped believing in leeches and cocaine as cures for every illness.

In fact, this period closely overlaps that in which medicine became a truly scientific discipline. Backed by advances in chemistry, microbiology, bioinformatics, and more recently genetics, doctors' work gradually became a lot less hit-or-miss and more systematic. Pharmaceutical studies played a major role in this revolution. The field changed from being about identifying herbs to about how drugs operate at a molecular level.

Today, a degree in pharmaceutical studies is quite different from one in pharmacy - you don't get to call yourself a licensed pharmacist after graduating. Nor is it the easiest or fastest route to earning a PharmD and becoming one.

Instead, pharmaceutical studies prepare you to enter the industry as a whole. As in most science degrees, you will learn a lot about foundational subjects: mathematics, physics, chemistry, and biology. This is to enable students to understand the composition, operation, and effects of different medicinal substances at a fundamental level.

Aside from pharmacology and toxicology, the course also covers drug design and production in some detail. This includes aspects like dosage control, delivery systems, quality assurance, and industry regulations.

Most pharmaceutical studies faculties work closely with industry, including by conducting cooperative research. This leads to frequent opportunities for undergraduate internships. (The top five countries in Europe in terms of pharmaceutical production, by the way, are Switzerland, France, Italy, Germany, and the U.K. in that order.) This means that the syllabus is constantly updated according to the requirements of real-world jobs, and also that bachelor's degrees have a fairly heavy slant towards practical and lab-based work.