A Guide to Studying Physiotherapy, Physical Therapy, Movement in Europe

Did you know that, as an international student, you can get a degree in Physiotherapy, Physical Therapy, Movement at a top-ranked European university? Best of all, it's taught entirely in English and costs less than 1 year of tuition at a US college. 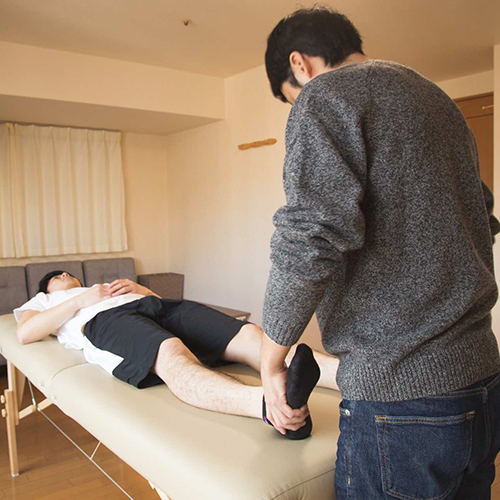 Physiotherapists need good communication skills and empathy in order to diagnose patients effectively and motivate them to follow their prescribed exercise regimes. Since the job requires both strength and delicacy (and requires a lot of time on your feet), some physical fitness is also a good thing.

Physical therapists can work in a variety of settings: nursing homes, sports facilities, hospitals, patients' homes, or in private practice. They earn an average of $95,500 per year.

The great majority of people believe, without having to think about it too much, that their bodies should "just work". We expect our joints to bend smoothly and more or less without pain, balancing to be automatic, and so on. Unfortunately for some, this isn't always the case, and regular doctors can't always help.

This is where physical therapists (also called physiotherapists) come in. Instead of prescribing drugs or performing surgery, they use techniques such as stretching, exercise, and massage to relieve pain, improve blood circulation, and secure other valuable medical outcomes. In many cases, physical therapy techniques are far safer and more effective than other kinds of medical interventions.

All U.S. states and all but one E.U. country require physiotherapists to be licensed. Knowing a little about chiropractic, massage, or yoga isn't nearly enough to qualify: in America, the required degree is called a doctorate of physical therapy and takes about three years to complete. This is on top of a relevant bachelor's degree, bringing the total study time to seven years on average (or six for some combined bachelor/DPT programs).

Physical therapists study most of the same subjects as medical doctors, though in less detail. These are supplemented by training in their specific profession, including half a year of supervised clinical practice. Residencies are optional, while it is possible to pursue a specialization like working with cancer patients, children, or the elderly.

European curricula and licensing requirements are similar, with the exception that only a bachelor's degree and fluency in the local language are required in most countries. (There is no E.U-wide physiotherapy license, though something like that is in the works.)

The shorter term of study means that physiotherapy qualifications earned in Europe are generally not automatically accepted if you want to practice in the U.S. If you studied this subject in Europe, you will most likely have to complete some additional coursework in the U.S. before you're allowed to take the National Physical Therapy Exam.