A Guide to Studying Production Engineering in Europe

Did you know that, as an international student, you can get a degree in Production Engineering at a top-ranked European university? Best of all, it's taught entirely in English and costs less than 1 year of tuition at a US college. 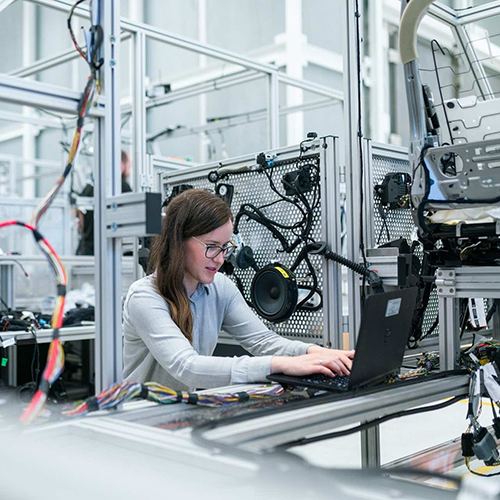 Making one of something is easy, assuming that you're allowed to tinker with it until it works. It's much harder to produce ten thousand of the same gadget, to the exact same specifications, while ensuring that only a small proportion fail to function correctly.

Production engineering is the place where industrial engineering and managerial science meet. In a typical factory (simplifying things a bit):

The topics covered, at either level, are similar to what you'll find in any engineering syllabus. A lot of emphasis is placed on subjects that are particularly useful to production engineers, though. These include quality engineering, control systems, engineering mechanics, manufacturing processes and manufacturing system design, general management, and materials science.

Although it may seem like the machines should come first, production engineering is a very people-orientated profession. Good communication skills and an understanding of your colleagues' roles in the organization will make your workday go much more smoothly.

It costs a lot of money to leave a factory standing idle. You'll therefore also have to be on the ball and ready to resolve whatever production problems darken your door, overtime notwithstanding. (Conversely, when everything is running well, you may end up bored.) Production engineers earn about the same as their industrial engineering counterparts, $95,500 per year.