A Guide to Studying Psychology in Europe

Did you know that, as an international student, you can get a degree in Psychology at a top-ranked European university? Best of all, it's taught entirely in English and costs less than 1 year of tuition at a US college. 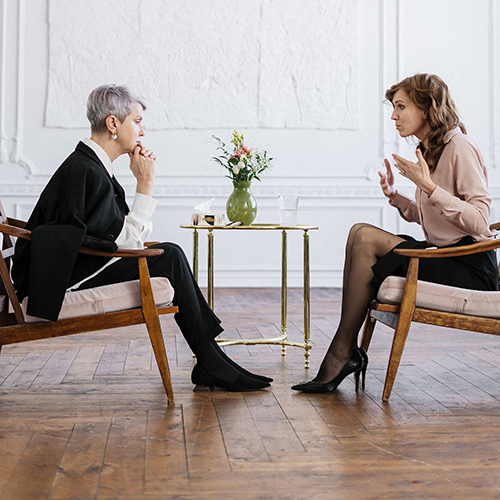 The ancient Greek maxim "Know thyself" is so old that nobody even remembers who first came up with it. Thousands of years later, we're still trying to figure ourselves out, with mixed results.

The first attempt to put the study of psychology on a scientific basis was made by Sigmund Freud in the 1890s. Today, his theories have largely been supplanted by many others, several of which contradict each other in some way. It seems like no single approach can really explain exactly what makes people tick, though several of them provide useful guidelines.

Psychologists (and psychology students) therefore need to keep an open mind. Definite conclusions are rare in this profession. Instead of pretending to know everything, they use their experience and extensive training to try and advise their clients as best they can.

For this reason, becoming a professional psychologist (a licensed clinical therapist) takes a lot of work: you'll need a doctorate plus one or two years of supervised practice. A master's degree qualifies you for some less demanding roles, such as marriage or family therapist, school, or criminal psychologist.

Foreign degrees in this field are indeed recognized in the United States. This is good news if you don't want to be in debt up to your ears when you graduate, or you'd just like to see a little more of the world.

There is bad news too, unfortunately: each state board has its own ideas on which qualifications qualify for licensing. A degree and internship done in Europe may well enable you to practise in one state but not another. Your best bet is to contact the Association of State and Provincial Psychology Boards and plan your education accordingly.

Even though an advanced degree is required to practise as a psychologist per se, psychology remains an enormously popular undergraduate major. There is plenty you can do with just a bachelor's degree, whether from a European university or one in the States.

Psychology graduates work in a wide array of positions, including as:

and in many other roles.

If you're considering psychology as a major but don't necessarily intend to pursue postgraduate study, it's a good idea to make a list of your strengths and interests and try to match these to possible careers. In general, people with bachelor's degrees in psychology earn about $57,500 per year.