Do European colleges have sports?

We sometimes get the question, “Will I miss out on sports by going to school in Europe?” The answer is, “No”, but the form may be different than what one expects.
Jennifer Viemont on Oct 21, 2022 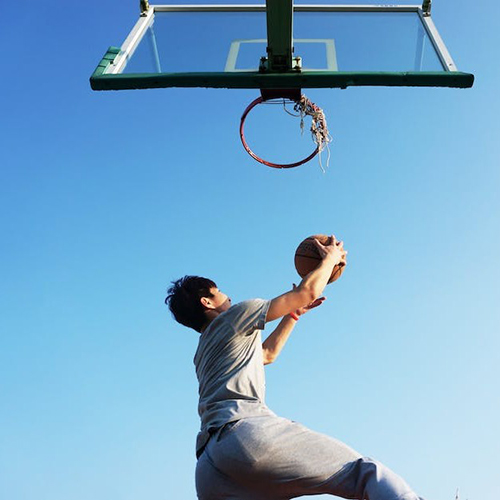 We sometimes get the question, “Will I miss out on sports by going to school in Europe?” The answer is, “No”, but the form may be different than what one expects. The sports scene in Europe is different than in the US, but it is still quite vibrant.

Sports in Europe are structurally different than in the US as sports here are associated with “sporting clubs”. The club system is a network of sporting organizations, ranging from small local recreational clubs to multi-billion dollar franchises akin to the professional sports organizations of the US.

Do European colleges have sports teams?

The club system is complex and books have been written on the topic. In Portugal for instance, 120 teams play in four level leagues. Teams in the top level league, the Premier Liga, play one of the other 18 teams in the same league. Each year, teams move up or down based on their record over the entire season. Leagues are organized at the national level. There is also post season play where top teams from different countries play each other in tournaments.

There are similarities that an American like me finds familiar such as passion, tradition, and rivalry. When we recently visited Porto, we were kept awake for many hours by the constant honking of car horns outside our apartment after the Porto team beat the traditional powerhouse team from Lisbon, Benfica.

Students who enjoy watching sports (live or televised) will have no trouble finding like-minded friends to watch with! The football culture can be contagious, even for students who don’t engage as fans. After just a few months of studying in Europe, Jenn’s brother (who was never very into sports) was all of a sudden a fanatic about the UK Premier league and his chosen team, Tottenham.

If a student would like to continue to actively participate in a sport, many schools offer intramurals, which means “within the walls” of the school. At Groningen, for instance, intramural sports are addressed through their association system, which also offer social and cultural interests for students. Groningen has 50 different sporting activities students can choose from. Additionally, the ACLO Studentensport center in Groningen offers just about every sport and fitness activity you can think of, as well as a wide variety of sports clubs.

If the level of competition isn’t enough in intramurals, the student could approach a local club about trying out for their team. Outside of the US, and especially in Europe in the sport of soccer, the development of elite athletes has almost always fallen to a network of local and national professional clubs. Serious young people don’t play for their high school or college team. They play for a club.

Can I play professional sports in colleges in Europe?

Truly gifted athletes may even be able to move up within the system from the local club level to play professionally in one of the larger clubs. Beyond big time soccer, these clubs also support other sports, as well. For example, Sporting Club of Portugal, one of the large sports clubs here, has a soccer team, of course, but also teams for volleyball, handball, indoor soccer, and rink hockey. FC Porto has those teams plus teams for cycling, swimming, billiards, and more.

In the end, if a student wants to participate in sports, he or she will be able to, it just may be in a different form than if they went to college in the US. Two things are for sure, sports aren’t viewed as a relevant factor for admissions and standing out in sports won’t mean a sports scholarship. Fortunately, college in Europe is so much more affordable that sports can be enjoyed on whatever level one desires to.