College in Europe: How to Find a Job After Graduating

I talked to hiring managers in the fields of banking, technology, and bio-technology and heard similar things. They said that, as long as the school is accredited, the country in which the degree was acquired does not matter in the least.
Jennifer Viemont on Oct 21, 2022 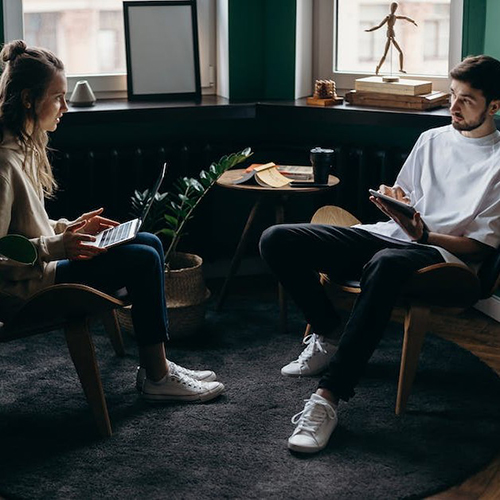 I’m reading a fabulous book right now called Where You Go is Not Who You’ll Be: An Antidote to the College Admissions Mania by Frank Bruni. The book talks about how Americans put too much emphasis on brand name schools. He shows research and case studies that counter this mindset.  One recent study he mentioned interviewed 550 American leaders, including CEO’s, non-profit leaders, and government officials. This study found:

What are Hiring Managers Saying?

I talked to hiring managers in the fields of banking, technology, and bio-technology and heard similar things. They said that, as long as the school is accredited, the country in which the degree was acquired does not matter in the least. Most companies have become quite global so they are working with people who have been educated around the world. Thus, most companies don’t bat an eye at what country one’s bachelor’s degree came from.

Times Higher Education’s article on global employability noted the same. They found that, “As recruiters develop a better knowledge and understanding of the global higher education market, reputation plays less of a role and expertise [plays] more,” explains Laurent Dupasquier, associate director of Emerging, a French human resources consulting firm. “The nationality of young graduates, the country in which they studied and the nationality of the company that employs them is becoming increasingly irrelevant.”

Advantages of Going to College in Europe

So if the country your degree comes from is a neutral factor, why do I think that you will have an advantage when seeking employment if you study in Europe? It’s due to the skills you acquire through studying outside of your own country and the qualities you most likely have to even want to study elsewhere in the first place.

One of the hiring managers I spoke with said that Americans often come to them needing cultural appreciation training as well as “soft skills” training. Students who have studied outside of their home country come to the table with a comfort level with cultural differences. The emphasis on group work at schools in Europe provides experience in working with different perspectives. The graduates are often flexible, adaptable, and experienced navigating unfamiliar circumstances – all of which lead to success in the workplace.

Bruni’s book pointed to the same. He interviewed Dick Parsons, whose professional accomplishments include being the chairman and chief executive of Time Warner, the chairman of Citigroup, a member on the economic advisory board team under Obama, and interim chief executive of LA Clippers. He ended up going to the University of Hawaii, far away from his home in New York. He noted that after law school, nobody cared where he went to college and pointed out that with the exception of a few big names, nobody knows what the school means anyway.

The degree is no substitute for abilities nurtured outside of the classroom.

By being so far away from home he gained the skills he believes to be crucial to success, which he defines as:

The ability to relate to people, to be comfortable with risk, to manage ambiguity and to be resilient.

Acquiring a degree outside of your own country lead to all of those skills. The English taught programs we profile have students from all around the world, not just the country in which it is held. You will learn to relate to people with different backgrounds and perspectives in classrooms and in housing situations. You will be dealing with different grading structures, educational models, languages, foods- all away from the safety at home. There is not a way you can manage that without developing the skills that Parsons notes are essential.

Almost all of the programs I visited throughout Europe have an optional or required internship. Some schools have more than one required internship. The business schools place students in internships with companies like Deloitte, Accenture, and Bayer. Students at schools in the Hague have opportunities to intern at counter terrorism organizations or the international courts. Not only do the internships give students connections when seeking employment, they also provide the students with skills and experience that are valued by employers. The Times Higher Education article I referenced earlier included the results of Emerging’s Global Employability University Survey. Their results found that, “In graduates, employers also want to see the same attributes: in all continents, specific skills are the most important factor, followed by professional experience and area of degree specialization. On average, grades come bottom of the priority list.”

Should I Study in Europe?

Does going to school in Europe guarantee you will get a job? No. That said, going to school in America doesn’t mean you will get a job either with just 53% of college freshmen earning a degree within six years and 42% of US college graduates planning to move in with their parents after graduation. My belief is that going to college in Europe will not decrease your chances of getting a job and will also provide you with experiences, skills and qualities that will set you apart from other applicants. Going to college in Europe is definitely not for everyone, but if it speaks to you, I encourage you to explore more reasons to consider studying in Europe and not let fear of the unknown hold you back.