Why I Started Beyond the States

Like many parents, I found myself worrying about college as my oldest prepare to begin high school.
Jennifer Viemont on Oct 21, 2022 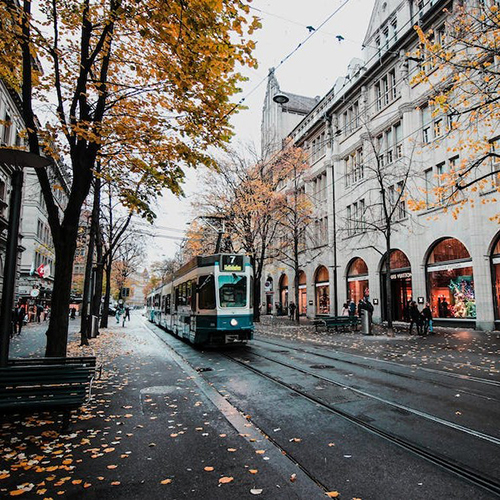 Like many parents, I worry about my kids, Same, & Ellie. Development milestones and “listening ears” (or the lack thereof) were common concerns for me when they were little. As they got older, the concerns turned more towards academic and social growth.

The early middle school years were particularly worrisome and stressful with my son, Sam. Trying to convince him to use his planner to help him remember his assigned homework was useless. Getting him to organize the work he did do, so that he wouldn’t forget to turn it in, was a huge struggle. There was no persuading him to show his work on math tests or math homework. Though he only received partial credit without showing work (even with a correct answer), he would not submit to what he thought was such a ridiculous policy.

Then, there were the little things he tried to get away with at home. He thought that moving the dog leash would trick me into thinking that he walked the dog. Though he would cave every time I called his bluff, he’d try the same strategy again and again. There was the time I went to get his laundry basket from his room. One of our dogs began sniffing around his bed which led me to look under his bed and found all this.

Why? I don’t prevent him from snacking, but I do have a no food upstairs rule (mostly because I am incredibly terrified of getting mice in our house). He could just as easily had those same food items downstairs-or at least thrown away the evidence!

I admit that on more than one occasion, after an encounter with his surly morning attitude, I was the crazy mom in pjs on the porch yelling

If you think you have electronics when you come home from school, you have another thing coming!

I could go on and on and on with examples, but if you have had a middle schooler (or have been one) you probably know what I’m talking about!

Wine helped me through these years and time and maturity has done wonders for Sam. He finished middle school with straight A’s, was thriving academically and socially, and found interests he was passionate about. “Ahh…now I can relax”, I thought (choosing to forget that my daughter was about to enter those same dreaded middle school years). I let myself enjoy that for a bit but then I realized, four years comes in the blink of an eye and I would have college to worry about soon!

My professional interactions with college and high school students and personal encounters with other parents have left me disheartened about many aspects of the American higher education system. The frenzied rat race is out of control these days for both teens and their parents. Teens are sleep-deprived, anxious, and burned out by resume building and the pressure to achieve more and more-all in the name of getting into “a good college”. Time to relax and discover one’s own interests are scarce. When they do get to college, they are faced with social issues on campus including binge drinking, and the rape culture that is reported on many campuses. When they do graduate, many are unprepared for employment or independence. So many are returning home after graduating (I’ve seen numbers from 45-65%) that the term “boomerang kids” has been coined. And I haven’t even touched on the concerns around skyrocketing tuition yet…

Even though we have saved some for college throughout the years and are fairly comfortable financially, the thought of the price of college for two children is a major stressor. We have a reputable state school in our back yard that would be affordable at $8,568 for tuition, but would not be a good fit for Sam at all. With a 29% acceptance rate it would be a long shot, even if it were a good fit. Though the average private university tuition in the country is reported to be $32,000, most of the schools I have heard about and looked at are closer to a jaw dropping $50K a year. Crazy! Many parents and students are going into crippling debt for college tuition, yet a recent study showed that only 38% of recent college graduates felt that their education was worth and cost. With all these concerns in mind, I was quick to click on an article that appeared in my Facebook feed about free college in Germany.

Now, I have to tell you that I love a project and I love to plan. When we go on trips, I cross reference different sites and sources to make sure we are eating great meals, seeing great sights. I use Google Maps to arrange the meals, sights and activities in a way that is most efficient. Am I a bit obsessive? Probably, but I can tell you where to get an incredible meal in many cities worldwide! Anyhow, after reading the article on college in Germany, I thought looking into the feasibility of international college options would be a fun weekend project. I had no idea how this topic would suck me in!

What I Found Down the Rabbit Hole…

I thought that learning about European colleges with bachelor’s degrees taught in English would be a quick project. I didn’t anticipate that, in non-Anglophone countries, there would be over 300 schools offering well over 1,000 bachelor’s programs taught in English. Of course, I didn’t get to that number over a single weekend.

Initially, I did find many interesting programs which were incredibly affordable. Some of the top universities in Europe were even free! Most are under $10,000 a year (the average tuition across all programs is $7,267). To put that cost in perspective, according to the College Board, the average annual tuition cost for an in-state, public university for 2014-2015 was $9,139. Go to an out-of-state public university and you’ll pay $22,958. For private universities, you’re looking at $31,231 on average.

I also found many frustrations. There’s really no single place that has all the current data for all English taught programs in Europe. The tools that are out there are incomplete, advertising vehicles for the schools, dated or simply incorrect. Many of the articles written about getting a college degree abroad contain errors as well. Further, the educational systems in the Europe vary from country to country.

I had so many questions: What was this “Bologna Process” I kept reading about? What are Universities of Applied Sciences? What are ECTS? What is ESN? Which countries have the best educational systems? How important are rankings? Will going to college in Europe affect my kids’ ability to go to graduate school or get a job? Why not just do a semester abroad? What are the benefits and disadvantages to getting a degree abroad? What about residency permits & visas? I was so interested in this that I started to dig deeper and get the answers to these questions.

I saw a study that 46,500 American students were enrolled in academic degree programs in 14 countries in 2011/2013 (19,500 in bachelors programs). That is a very small percent of the 20 million American students who will go to college this year. I couldn’t figure out why more Americans aren’t pursuing this option. I now believe it’s due to a lack of awareness about the English taught options in Europe, in combination with the various obstacles exploring an unknown system presents. That is when I decided to start Beyond the States.

I believe that this option can provide so many students with critical thinking skills, global experiences and greater job prospects. I want more students and families to know about this option. I have gathered information on how the systems in the different countries work, have talked to students and college administrators, am visiting schools in Europe, and have compiled information on the all different bachelor’s degree programs that are offered entirely in English in Europe. I will be releasing a searchable database in the coming months, but until then I will provide you with information through this blog.