A Guide to Studying Aquaculture in Europe

Did you know that, as an international student, you can get a degree in Aquaculture at a top-ranked European university? Best of all, it's taught entirely in English and costs less than 1 year of tuition at a US college. 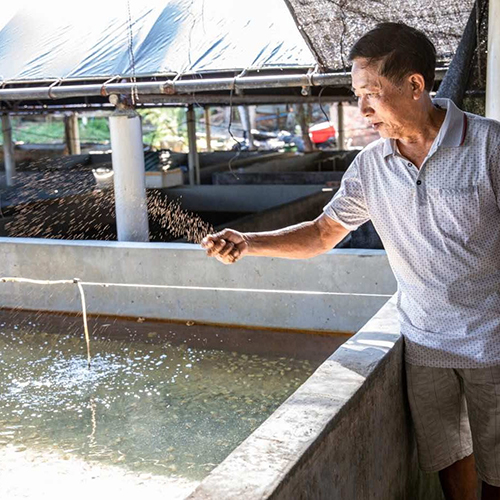 Fish can be farmed in anything from ponds to industrial installations built largely of stainless steel. Other kinds of marine and freshwater animals, like shrimp, are nowadays more often cultivated than caught. In fact, about 50% of all seafood for human consumption is grown in synthetic tanks of some kind.

Aquaculture makes it possible to farm large amounts of protein in a very small space, with almost no pollution or other negative side effects. With food sources around the world coming under ever more pressure, fish farms (and the people who run them) are likely to become an ever more popular sight on all continents.

Each organism in these tanks typically has to be shepherded through several stages of its life cycle: eggs, larvae, nursery, and so on. This means that a large number of highly skilled workers are in attendance.

Aside from marine biology, a large amount of each degree course is typically focused on water chemistry and the mechanical operation of a typical plant. The legal, social, and economic effects of aquaculture are also investigated. Some European universities offer courses of study that are at least partly online, but you can expect to see at least a little hands-on work.

After gaining a bachelor's or master's degree, some students use their new knowledge to move into different fields like conservation. Others enter the workforce of commercial aquaculture facilities, either on land or near the shore. The median graduate's salary is about $56,000.