A Guide to Studying Pharmacy in Europe

Did you know that, as an international student, you can get a degree in Pharmacy at a top-ranked European university? Best of all, it's taught entirely in English and costs less than 1 year of tuition at a US college. 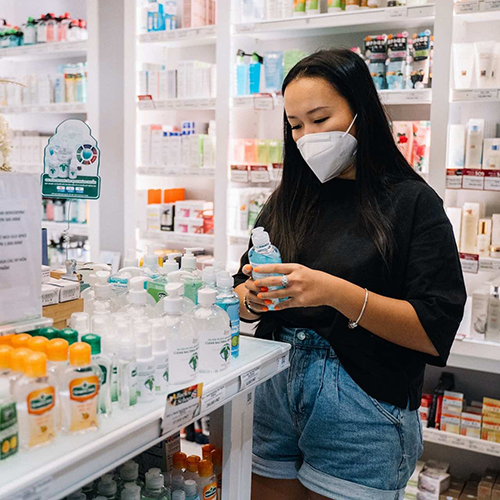 Even without being licensed, students with only a bachelor's degree in pharmacy can find work at pharmacies (as technicians and assistants), drug companies, research organizations, food and cosmetic producers, and government bodies like the Food and Drug Administration. Salaries vary widely depending on experience and responsibilities, with most falling between $45,000 and $85,000 per year.

Getting a Pharm.D and passing the required exams greatly expand the opportunities available in the retail sector, hospitals, and organizations like the armed forces. Pharmacists make an average of $128,500 per annum.

Pharmacists are arguably the most overqualified workers in the world today. Still, an estimated 400,000 medication errors occur in the U.S. every year (100,000 of which are severe enough to merit a report to the FDA). You really do want your drugs dispensed by a smart, responsible, educated guy.

A pharmacy degree that qualifies you for licensing covers a whole lot more than counting pills and making sure they're the right color. Biology, chemistry, mathematics, and other sciences are studied in detail in terms of how they apply to medicine. This is rounded out by courses in pharmacology, toxicology, pharmacy management, and other aspects of the trade. Many go on to work as researchers and never fill a prescription during their careers.

In the United States, students generally go through two to three years of undergraduate studies before being accepted into a four-year doctorate of pharmacy (Pharm.D.) program. Upon graduation, they're expected to pass the North American Pharmacist Licensure Exam, another test on their knowledge of laws and regulations, as well as a state exam. Once this is done, they're allowed to dispense medications and advise patients.

Studying in Europe makes things slightly more complicated but (usually) a whole lot cheaper. While pharmacy schools based in America are monitored by a body called ACPE, foreign graduates are evaluated by the FPGEC (Foreign Pharmacy Graduate Examination Committee). They are the people to talk to if you're considering getting a European pharmacy degree.

The basic requirement is that you've completed an approved program in another country. Most pharmacy courses at large European universities qualify as long as they include an internship phase - otherwise, you'll have to complete this in the U.S. In Europe, degrees are often called a master's in pharmacy rather than a doctorate, don't require any more prior study than high school to enter, and run for five years (i.e. a year less than the total study time in America).

You also need a license to practice in your country of study. Finally, there's a short English test - if you've read this far without moving your lips, you'll have no trouble with the latter.

First, they will verify your European educational history, which they take their time doing. If everything is in order, you're allowed to sit for a test similar to that which newly minted pharmacists who studied in the U.S. take, plus any required state exams.