How long does it take to get an MBA? Far too long in the US.

For those contemplating an MBA, will taking on debt after college pay off long term? But what if there was an option that could bring the MBA in sooner for less money, and also contributed to your ability to land the job of your dreams?
Miguel Facusse on Nov 15, 2022 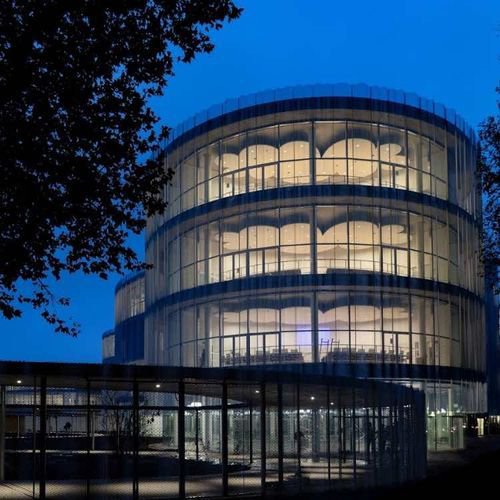 Miguel Facusse
CEO
Find Your Dream College in Europe
Our database offers students a unique opportunity to find a degree from a top-ranking European university while still being able to study in English. We make it easy to find and apply to these programs, and provide all of the support you need along the way.
Get AccessBook FREE Strategy Call
Share this article

College graduates facing a decision on whether to attend graduate school have a lot on their plate. For those contemplating a Masters degree in Business Administration, will taking on debt or perhaps additional debt after undergraduate school, pay off long term? Is the MBA worth the additional time when you could be out in the marketplace already earning?

How long is an MBA in the US?

Getting an MBA in the US is an expensive proposition. According to FinAid.org, the average cost for master’s degree programs in the US ranges from $30,000 – $120,000 which depends on whether a student is paying in-state tuition, out of state, or private tuition.

Of course, obtaining an MBA entails a lot more than tuition. Housing costs, living expenses, books, health insurance, fees, and travel are also part of the equation. So is time.

In the US, MBA programs are two years in length, so you must take the per year expenses, and double them. Thus, total expenditures for a US MBA program typically run to around $100,000 per year X 2.

So, you can expect to pay in the neighborhood of $200,000 or more for an Master’s in Business Administration in the US.

But what if there was an option that could bring the MBA in sooner for less money, and also contributed to your ability to land the job of your dreams?

Consider an MBA in Europe

The answer is in Europe and what is known by students as the European Advantage.

In Europe, you can earn an MBA in a year or 18 months, compared to two years in the States, saving both time and money.

In Europe, you will acquire an international perspective, not only of the 27 countries in the European Union, but their global partners as well. And since business today is in most cases global enterprise, doesn’t this make good sense?

Graduating from a U.S. college without proficiency in a foreign language? No worries, in Europe your MBA will be taught in English. And when you are not in an MBA classroom, your classroom is the European continent.

Exploring the sunny beaches of Spain’s Costa Del Sol, shopping expeditions in Paris, skiing in the Swiss Alps. And if you yearn for some purely American entertainment, how about an NFL game from London or Munich?

Did you know that there are more than 8,230 fully accredited, 100 percent English taught masters degrees to choose from across Europe? Because of this Freedom of Choice, European MBA programs are extremely price competitive when compared to U.S. based programs.

For example, an MBA from Erasmus University in Rotterdam, including tuition, housing and living expenses will run about $68,000. Compare that to the cost of an MBA degree from the University of Chicago at around $233,000 or Vanderbilt University at around $197,000.

The best part? The Erasmus MBA takes only a year to complete vs. two years at the American schools. Calculating the price difference, and then figuring in the money that the Erasmus grad will be earning while their U.S. counterparts are still in school, it’s likely that Erasmus grads will have already earned the funds to pay off their MBA before the U.S. student graduates. Learn how to get an MBA in Europe.

Let’s take a look at the Top 10 schools for MBA programs in Europe, as ranked by Beyond the States.

Read more details for each MBA ranking and the methodology.

If you have been having some intense discussions around the kitchen table with your parents, or significant other or even by yourself, about where to go for an MBA or other master’s degree, rest assured, you’re not alone. So check out this discussion hosted by Beyond the States founder Jennifer Viemont with real world examples of students and their experiences studying in Europe.

When you’re ready to learn even more about the European Advantage, get access to the database.