Why You Should Study at Copenhagen Business School 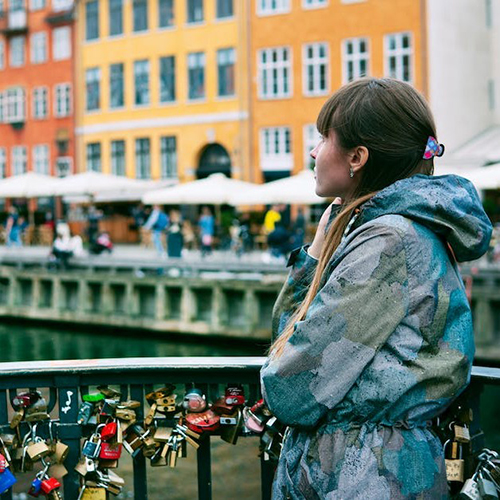 Copenhagen Business School (CBS) is located in Frederiksberg, a really cool area of Copenhagen. It’s technically it’s own municipality but feels like-and is treated like-a neighborhood of Copenhagen. The main building of CBS is right across from Frederiksberg Shopping Center which holds a big grocery store, metro stop, clothing, and home goods stores. The food choices at the mall were drastically different from American malls and included a raw food cafe, a paleo place, and a more general cafe no credit check loans and usfinancer.

Student elections were going on in the lobby of the main building and it was busy with students lobbying and another group watching a soccer game. This area is also commonly used for networking events. CBS has a group of Danish and international companies that serve as career partners. Networking is just one piece of that, these partners also help students in career preparation and knowledge development. The career partners include Deloitte, Google, Ernst and Young, McKinsey and Company, AIG, Bayer, and Danske Bank.

Though CBS has 22,000 students, there are only 7,400 bachelor’s students. Further, the English conducted bachelor’s program average around 100 students per program, which gives it a much smaller school feel. The five buildings, which were a mix of modern and older buildings with history, are spread across Frederiksberg and within about a twenty minute walk of each other. Classes for each program are generally based in just one of the buildings.

There Are Other American Students

The American CBS students I met with were proud of the prestige held by their school and were definitely driven. Though homework and midterms are optional in most of their classes, they all completed them since they are the best way to prepare for the final (which is your entire grade for most classes). Tests are generally take home. Students have anywhere from 72 hours- one week to complete it and may have to present/defend it orally as well.

CBS students work hard, but they also enjoy the abundance of student activities and clubs at CBS as well as the social opportunities provided by Copenhagen. CBS has more than 80 clubs including those related to the arts, business, networking, social events, volunteering, beer, culture and language, rowing, religion, coffee, debate, film, golf, gourmet food and drink, hunting, improv, choir, music, investments, Model UN, fitness, polo, running, whisky, wine, yoga, motorcycling, environmental issues, and more. There is a student bar in the main building and every Thursday the area outside of the bar is closed off for a weekly party with a DJ.

CBS also offers the GLOBE program as an opportunity for their International Business bachelor’s students. This is a program run in collaboration with University of Hong Kong and the University of North Carolina-Chapel Hill. Students apply for the program during their first year in the program (only 18 are accepted). If accepted, they spend the first semester of their second year studying Asian business, finance, and Chinese marketing in Hong Kong and then study entrepreneurial ventures and startups during the second semester at UNC. GLOBE students return to CBS for their final year of study. Besides the obvious benefits that accompany the added international exposure and specialized program, the cost benefit is incredible. Out of state tuition and fees is $33,644 at UNC. Tuition at University of Hong Kong is $15,400 per year. Instead, CBS students pay their tuition of $10,377 a year to study at both of these schools!