A Guide to Studying General Medicine in Europe

Did you know that, as an international student, you can get a degree in General Medicine at a top-ranked European university? Best of all, it's taught entirely in English and costs less than 1 year of tuition at a US college. 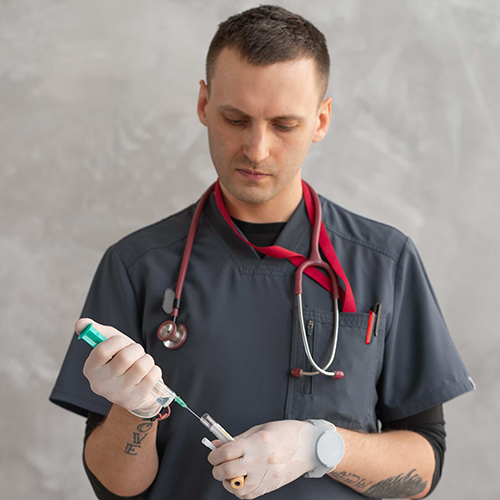 Becoming a general practitioner and being able to put the letters "M.D." behind your name is an arduous process in the United States. You will first have to complete a 4-year bachelor's degree, usually in a subject like biology or chemistry, then spend four years in medical school (assuming that you're accepted). Three to seven years of residency (supervised practice in a hospital) follow, for a total of 10 to 14 years before you can truly practice medicine.

It is, however, possible to shorten this process if you're brave enough: many European universities offer a combined bachelor's/master's degree in general medicine. These generally run for 6 years, and some of them are taught in English.

As long as the institution you study at is listed in the World Directory of Medical Schools as meeting ECFMG (The Educational Commission for Foreign Medical Graduates) eligibility requirements, the degree is technically worth the same as a Doctor of Medicine earned in the United States.

Afterward, you will generally need to do 3 or more years of residency in the United States. The bad news is that only about 40% of doctors who studied abroad and passed the USMLE exams manage to snag a U.S. residency slot.

Without a residency to your name, you will still be an M.D. (assuming that you passed the licensing exams) and could find work in a non-clinical role. You may be able to work in the pharmaceutical or biotechnology industries, for instance. However, without a residency or perhaps significant research credentials,  you will be at a disadvantage compared to doctors who studied in the U.S. or Canada.

In short, studying medicine abroad is somewhat risky unless you can find someone who's willing to sponsor you for residency. On the other hand, studying general medicine in Europe is significantly cheaper (perhaps $15,000 per year vs about four times that or more in the United States).

The knowledge and skills you will gain are roughly equivalent and you will certainly have a valuable qualification at the end for everything except actually seeing patients. You can, of course, practice abroad if you so choose. General medical practitioners in the United States earn $236,000 on average. In Europe, there are major differences between countries (as well as in terms of taxes and the cost of living) but doctors' salaries are usually in the $90k to $150k range.

So, if you truly feel that medicine is your calling but you don't want to pay back student loans until your teeth start falling out, getting a medical degree in Europe is an option worth considering. Many practicing doctors in the U.S. did indeed study abroad - just know that moving back home may not be totally straightforward.