Though these qualities are all distinct, the combination of these traits is a crucial component for success as an international student in Europe.
Jennifer Viemont on Oct 21, 2022 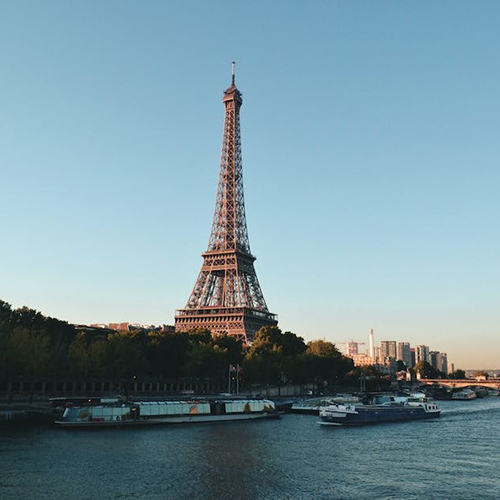 Over the past months, I’ve talked to many American students who have graduated from, or are currently enrolled, in bachelor’s programs in Europe. We’ve talked a lot about the traits that make a successful student in Europe. Students across the spectrum pointed to a number of the same qualities needed to succeed. Though these qualities are all distinct, I believe the combination is a crucial component for success as an international student in Europe.

1. You're curious and open to new ideas.

This student is curious about the world, about knowledge, about other people’s experiences, opinions and points of view. She seeks out information about these areas and processes it in order to further formulate their own perspectives and points of view. The student’s curiosity and open mindedness leads to enthusiasm, thus being an active participant in the learning process comes naturally to this student.

This should not indicate that the student has to have been a passionate high school student, but is more about their overall quality of intellectual and cultural curiosity. I spoke to Hannah from New Jersey who attends school in the Netherlands. She noted that, while she was always an avid reader and enjoyed current events; she was not an enthusiastic learner in high school. Now, she attends a University of Applied Science so all her courses directly pertain to her program of study and she does not have many general education requirements. Focusing on her area of interest from the start has made her an engaged, and successful college student.

Further, a student does not have to have already been exposed to a tremendous amount of diversity in order to be culturally curious and open minded. Many students from the US haven’t had these opportunities. That being said, international students in Europe are coming from all over the world. One student I talked to lives with his best friends who are from Croatia, Hungary and Japan. A graduate I spoke with said that, due to the friendships she made as a student, she has a place to stay when she travels to well over ten countries. Living with cultural differences can present challenges, but the open-minded student is excited to learn through these differences.

2. Have have a strong desire for independence.

One aspect of needed independence relates to academic life. Students are expected to do a lot of studying on their own (about 30 hours a week for full time students including classes). Unlike many classes in the US, this is ungraded work that is not monitored by the professors. The work in between classes is done to prepare for the next class discussion as well as to prevent the need to “cram” for tests. The professors let students know what they need to read and do each week, but it is up to the student to actually get it done. Grades for classes are generally composed of just a few tests and/or projects and in many schools the goal is to receive a passing grade instead of the A-F structure in the US.

The other area of independence that is needed pertains to everyday life. Though schools usually have cafeterias and canteens, they are often not open for every meal every day of the week. Meal plans are pretty much unheard of in Europe and student residences almost always include a shared kitchen. Shopping for groceries and preparing meals is a common part of student life in Europe. Further, since student residences are rarely on campus, students will need to learn to navigate their way around town which often involves learning how to use public transportation.

I recognize that there are a lot of structures in American schools and society that do not give teens as many opportunities for independence, particularly if they don’t live in an urban environment. Students who have not already cultivated their independence can also succeed in Europe so long as they are excited by the possibilities and confident in their abilities.

3. You're willing to be proactive and ask for help.

Part of being independent is not only figuring out everything on your own, but knowing when and how to access the information you need. Most schools have an abundance of resources, such as the International Desk, but students must be proactive and seek them out.

Though you are not receiving frequent grades, professors are available to give you feedback and assistance. In addition to appointments and office hours, some countries (like Denmark) have Friday bars where professors set out soft drinks, beers, etc and socialize informally with students.

Most schools also offer tutoring, language learning, help with residence permits, and various programs to help with acclimation. If you aren’t offered information about these programs and services, you will have to be willing to ask around to find it.

Housing is another area in which students need to be proactive about finding help. Very few schools guarantee housing. Some schools help students find housing, some just point students to different resources. Other students and the ESN chapter can help students navigate this system. There are even Facebook pages that helps students locate housing, but these are resources that the student must locate and utilize.

It is important to be proactive socially as well. One American student I spoke with has a passion for baseball. His school in Germany does not offer a baseball team, but he was able to find one associated with the town and now has a team to play with and friends to watch games with. There are an abundance of social opportunities for students within most schools and towns, but you will have to be willing to seek them out.

4. You're the adventurous type.

Living abroad for the next three to four years can be the adventure of a lifetime. An adventurous student does not fear the challenges and uncertainties of going abroad, but is excited by them. I spoke to a student from Southern California who went to school in Sweden. Having never lived through winter weather, she did not even own a pair of close toed shoes when she arrived! Instead of staying inside complaining about the cold, she quickly adjusted her foot wear, invested in good outerwear and ended up loving the activities that winter weather offered. The adventurous student knows that getting lost in the city, being served an unfamiliar meal, living in winter for the first time are all likely to occur but they will face the situations with determination and enthusiasm.

If you choose to go to Europe for college, your life for the next three to four years is going to be completely different than your friends experiences back home. Academically, your courses may be structured in ways you aren’t accustomed to. Some schools use 8 week block schedules, some are more traditional schedules, and some schools combine the two.

There is also an abundance of social differences you will encounter. Instead of tailgating and watching college football games, you may be watching rugby or soccer in the pub with your friends and the rest of the town, since teams are tied to towns and not colleges. Instead of joining a sorority or fraternity, you will join social groups consisting of other students with similar interests. Instead of going to Mexico for Spring Break, you are headed to Barcelona or Greece. The student who goes to Europe for college needs to know going into it that student life is drastically different and be open to finding and engaging in different social activities.